The Government is bracing itself for a fall in revenue stemming from the low price of oil.

This will be on top of lower earnings, stemming from the fact that less oil is being produced. 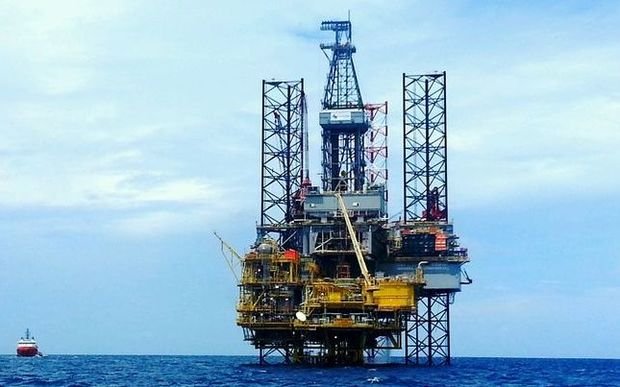 The State gets paid money in addition to tax by companies that produce oil, on the grounds that petroleum originally belonged to New Zealand as a whole.

This royalty, as it is known, amounts to five percent of sales or 20 percent of profits - whichever is higher.

But the price of oil has fallen on world markets, and independent energy journalist Neil Ritchie says Government earnings from royalties will fall accordingly.

Mr Ritchie adds the price of oil is expected to stay low for two years, which should bring down Crown earnings from royalties for that length of time.

These comments come as the Government royalties have fallen anyway, due to declining oil production.

Six years ago, the Crown earned a massive $542 million in oil and gas royalties, the figure boosted by strong production at the Tui offshore oil well.

The Ministry of Business Innovation and Employment expects the sum to fall further, though it would not say by how much.

But with the price of oil around half what it was a year ago, the fall should be large.

The Labour Party's energy spokesman Stuart Nash said there was even worse to come, due to the fact that lower earnings for oil companies would cut state revenue from taxes as well.

This means that State earnings which were more than enough to pay for a medium-sized district health board will probably end up paying for about half of it.

The Ministry of Business Innovation and Employment says there is more to this debate: cheaper oil brings cheaper petrol, saving motorists hundreds of dollars a year, and giving them money to spend elsewhere in the economy.

Mr Nash agreed there was a benefit as well as a cost, but said people should be vigilant to make sure it flows through to them.

He said not only would petrol prices be cheaper at the pump, but oil-based products like plastic would also be cheaper, which he hoped would flow through to ordinary consumers.

At this stage, the price of oil is inching up slowly from a four-year low, but international commentators say if a recently-struck political deal with Iran beds in, the world could be flooded with more oil, knocking off recent gains.