The Veterinary Association is calling for urgent action to curb the number of stray cats which are preying on New Zealand's wildlife. 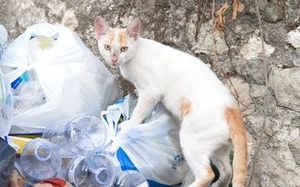 A recent review revealed that stray cats prey on up to 33 million native and non-native animals each year.

New Zealander's have the highest rate of pet cat ownership in the world with nearly half of all households owning one.

"We've labelled it as urgent, we'd really like to see something happening certainly by the end of the year.

"We really need to just lobby on that behalf and make sure we're connecting with local authorities and there [are] organisations such as the animal council which also looks at lots of animal welfare organisations around the country."

Dr Merchant said because the Government increased dog management he hoped it would also help reduce the stray cat problem.