The Pukeahu National War Memorial Park - a project two years in the making - has been officially opened in Wellington, marking New Zealand's involvement in the First World War.

About 500 people attended the memorial's official opening ahead of next week's ANZAC centenary commemorations. 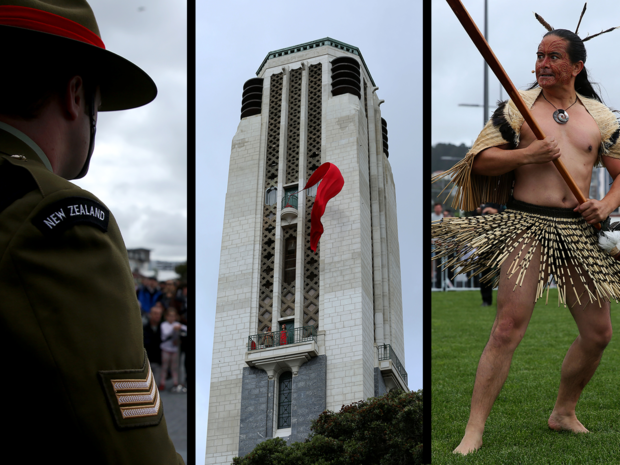 Governor General Sir Jerry Mateparae told the crowd New Zealand finally had a place to reflect on its history, both in peace and in conflict.

Sir Jerry said the park was a place imbued with deep significance, which would have meaning to New Zealanders for many generations to come.

"Pukeahu is a place to remind New Zealanders how precious peace is to all of us."

He said Pukeahu Park was a shrine to the nation's grief, and not a celebration of war.

"At Pukeahu New Zealanders finally have a place to gather and show collective respect to the men and women who have served their country."

Prime Minister John Key said he was proud of the decision to add Pukeahu park to the Carillon and the Hall of Memories in time for the next week's commemoration of the Gallipoli campaign.

"In 1919 the Government agreed to build a National War Memorial here in Wellington," he said.

"It was to be placed so it would be visible from any part of the city, from ships entering the harbour, and from Parliament so that future governments would never forget the sacrifice that had been made.

"Today, with the opening of Pukeahu National War Memorial Park we add another dimension and a place for New Zealanders to come together on ceremonial occasions."

Mr Key invited New Zealanders to use the Pukeahu National War Memorial Park as a place to reflect on New Zealand's involvement in conflict.

Mr Key and Sir Jerry then placed a wreath on the tomb of the unknown warrior. 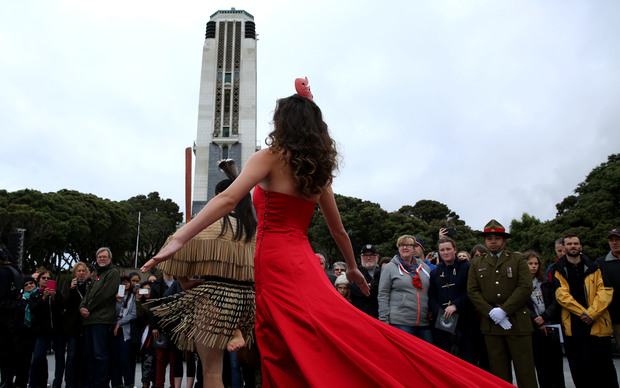 Hundreds of people gathered for the opening, during which the Spirit of the Park in a red gown was led through the park by a Maori warrior. Photo: RNZ / Alexander Robertson

Officials, dignitaries and the public gathered at the park outside the Carillon on Caro Way.

Today's opening is the culmination of the Government's key legacy project to mark the centenary of the First World War.

The ceremony included a drama presentation inside the Carillon, to be broadcast to the audience outside via several big screens which were set up in the park.

A woman dressed in a red gown, known as the Spirit of the Park, was led through the crowd by a Maori warrior, to the sound of the pukaea or trumpet.

The Spirit was led up through rows of dignitaries to the Carillion tower, where lengths of red silk were let out through the tower windows, to billow dramatically in the wind.

Outside, two choirs - the Choir of Wellington Cathedral of St Paul, and the Tudor Consort performed Memento for an Unknown Warrior, written by Carillionist Timothy Hurd, QSM. 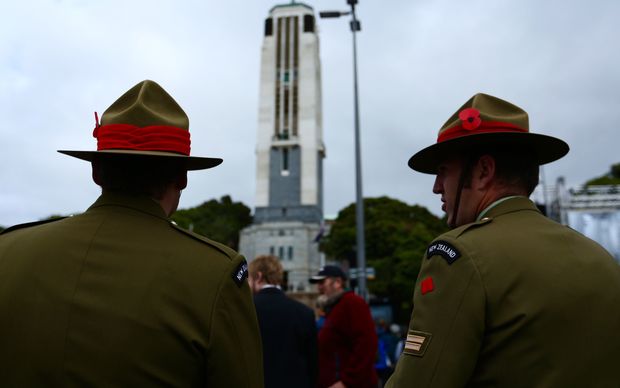 The exhibits featured scenes involving events of the First World War, beginning with early optimism that the war would be over by Christmas.

On Anzac Day, the New Zealand Room will open, which focusses on the Anzac's struggle at Gallipoli, and features a diorama of Chunuk Bair as it was in 1915. 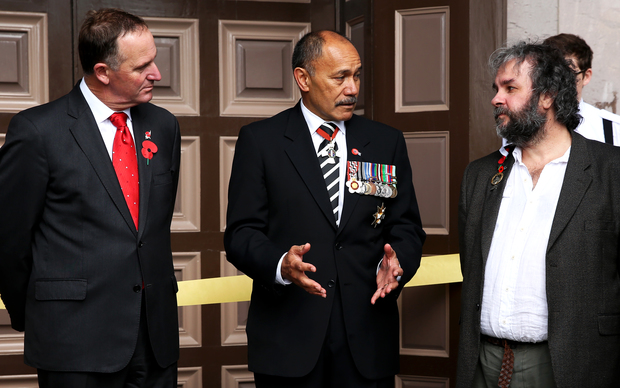 The Great War Exhibition is open from 9am to 11.00pm for the next four years. The exception is Anzac Day when it opens at 12.30pm.

Among those in the queue to see the Great War Exhibition, were Sue Osborne and her daughter Ruby.

"I think it's part of New Zealand history to acknowledge what's been and think about the future and people who are also serving now as well and I think it's important for my daughter to know her place in the world and this is part of it."

Sue Osborne said she was expecting the exhibition to be heart-wrenching, seeing what it was like during the conflict.

John Key was one of the first to see the exhibition

"It's magnificent to see, it's remarkable. They've done an incredible job. It tells a story; it's realistic; it's a way of people comprehending both the enormous challenges that people would have faced, the tragedy, the battles, and the individual stories."

Another exhibition opens today at Te Papa. Gallipoli - The scale of our war created by Weta Workshop, featuring sculptures and the personal stories of people who served at Gallipoli show the conditions they faced.

And an evening light and sound show will project images from New Zealand's military history onto the Dominion Museum and Carillon each night until 25 April. 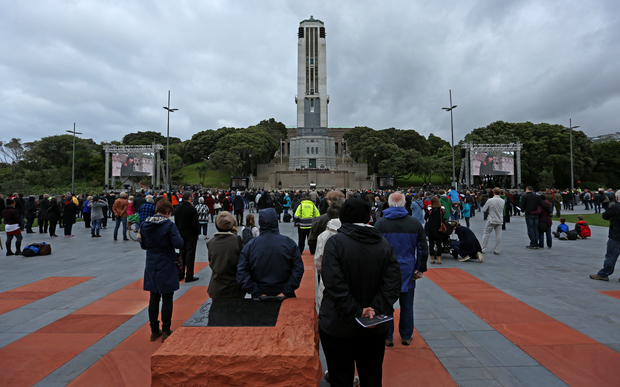 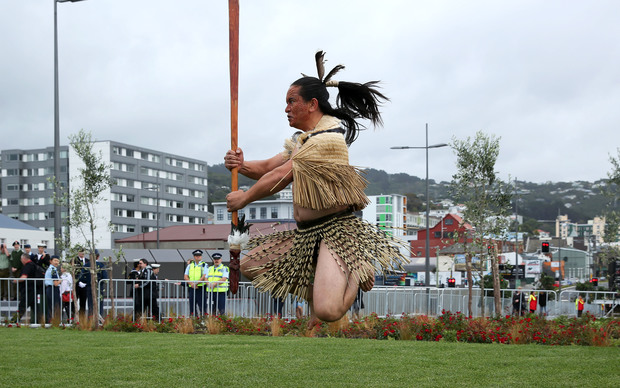