The Government is keeping quiet on its security arrangements for ANZAC Day centenary commemorations at Gallipoli in Turkey later this month. 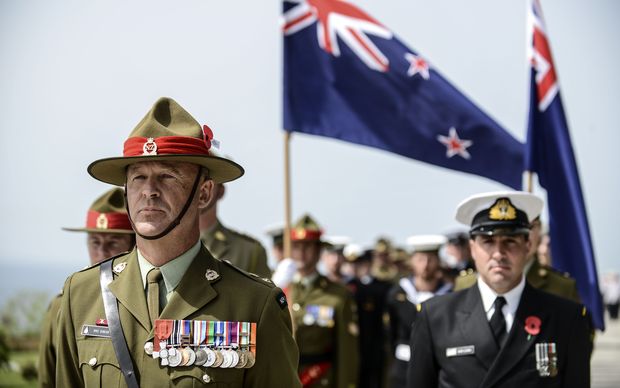 Australian and New Zealand soldiers take stand during the ceremony celebrating the 99th anniversary of the Anzac Day in Turkey on April 24, 2014. Photo: AFP

An Australian newspaper reported its government has boosted security amid fears of an terrorist attack during the event.

Sydney's Daily Telegraph says spies and unarmed special forces personnel have been sent to Turkey ahead of officials.

The New Zealand Government said the Turkish Government had the lead role on security and it was satisfied with the arrangements.

Police said they routinely sent staff to Gallipoli commemorations and a team of five would leave later this week.