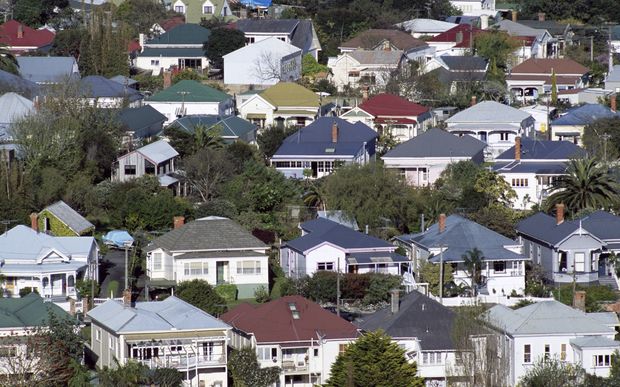 The figures have been released today by the state valuer QV and the official online media company of the real estate industry, realestate.co.nz.

They show one person's property investment is booming while another's is marking time.

The figures have been released on the day the Goverrnment's HomeStart scheme comes into effect. The scheme is intended to help buyers overcome the challenge caused by high prices.

The scheme gives grants to up to $20,000 to first-time buyers and lets eligible KiwiSaver members use more of their funds on their first property. The Government expects it to help up to 90,000 New Zealanders into their first home over the next five years.

QV said house prices nationwide were 7.7 percent higher than they were a year ago.

And they were 2.8 percent higher than they were just three months ago.

But an official at QV, Andrea Rush, said not everyone was experiencing that sort of growth.

"Much of that is being driven by the Auckland market, which has increased 13.9 percent year on year and 4.6 percent over the past three months," she said.

The chief executive of the online arm of the real estate industry, Brendon Skipper, shared that view.

"Our figures show that national average asking price has hit another record and that is for the third consecutive month, of $514,700 dollars, and that is predominantly driven by Auckland and Canterbury once again."

Ms Rush said this did not make New Zealand a two-speed economy - Auckland and Canterbury versus the rest - as is often alleged.

"The national property market is dividing into three distinctive areas," she said.

"There is the Auckland market, which is surging well ahead, and then you've got Christchurch, part of that is doing quite well and that has been for obvious reasons - that is starting to plateau out now.

"But then what you have got is the other main centres, where values are near or around or what they were in the previous peak of 2007.

"And there there are a number of other smaller provincial centres where values are well below what they were in the previous peak."

In Auckland, not only did prices rise 13.9 percent in a year but they rose 45.8 percent since the previous peak in 2007, before the global financial crisis started.

Adjusted for inflation, that price rise represents growth of 24.6 percent.

And that could have allowed speculators with highly leveraged investments to make several hundred percent on their money.

In quantitative terms, Auckland is 40 percent of the national market and so its sheer volume would always pull the national average upwards.

But for the ordinary home owner, the story was very different.

"It's really a multi-speed housing market, with Auckland looking the tightest market and that is where we expect the house price appreciation to remain solid," he said.

"And then there is Canterbury in the middle and then places like Wellington and that is where we expect to see that sideways pattern that we have seen in prices to continue for a little while."

Mr Tennant Brown said the variation within New Zealand made the Reserve Bank unlikely to fight the problem with higher interest rates, because that would hit all people equally.

He said it was far more likely to use macro prudential tools such as the recently applied restrictions on loan to value ratio mortgages.