A survey on the perception of Asia and Asian people shows New Zealanders blame them for pushing up house prices, but generally feel positive towards them. 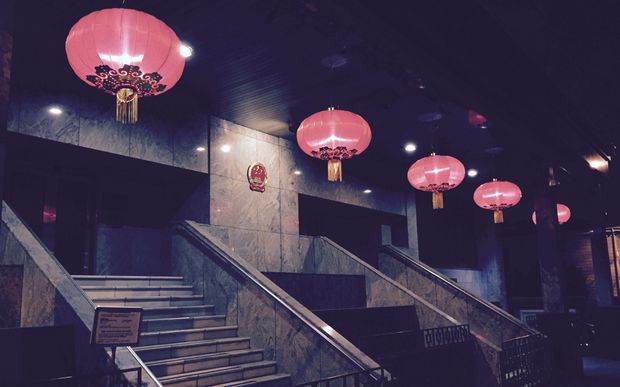 The Foundation has been tracking New Zealanders' opinions of Asia and Asians for almost two decades.

Fewer people (from 74 percent in 2013, to 64 percent in 2014) agreed with a survey statement that investment from Asia would have positive impacts on New Zealand's economy.

More people also agreed with the statement New Zealand was allowing too much investment (from 36 percent in 2013 to 41 percent in 2014).

An increasing number of New Zealanders also thought Asians were responsible for rising house prices, from 33 percent to 39 percent.

But Asia New Zealand Foundation's director of research Andrew Butcher said that was not a fair perception.

"It doesn't follow that they're someone who's just come in to buy the house, only to leave again."

The majority of those surveyed were behind the idea of children learning different languages at school (83 percent).

Chinese was ranked the highest, followed by Japanese then Maori (49 percent, 37 percent, and 19 percent respectively).

However, just over 4,000 students were enrolled to learn a Chinese language from July last year.

The Confucius Institute is a non-profit group aimed at developing Chinese language and culture internationally.

"Increasingly, people are going to be working in situations which bring them into contact with China and Chinese people.

"So much of our trade is directed that way, there are so many Chinese tourists coming here, etc."

The spokesperson for the Confucius Institute in Auckland, Nora Yao, said it was very important young people learn more than one language these days.

"The world has become a village. We are training our next generation to become global citizens.

For the first time in five years, the survey showed a significant increase in New Zealanders saying they had 'a lot' or 'a fair amount' to do with Asian peoples and cultures (up from 44 to 50 percent).

There was also more awareness of events and festivals like Diwali, the Lantern Festival, and Chinese New Year.

Among those who recalled media coverage relating to Asia, 13 percent mentioned coverage of cultural events and festivals. This was a substantial increase on

"I feel that there's still a long, long way to go... I also believe that New Zealanders don't really understand Asian people. I think the understanding of Asian people is very very shallow.

"It's actually a little bit deeper than just attending festivals."

However, Mr Wong said those shallow perceptions should hopefully resolve themselves over time.