The future of the organisation claiming to represent 400,000 tertiary students, the Union of Students Associations, is looking shaky. 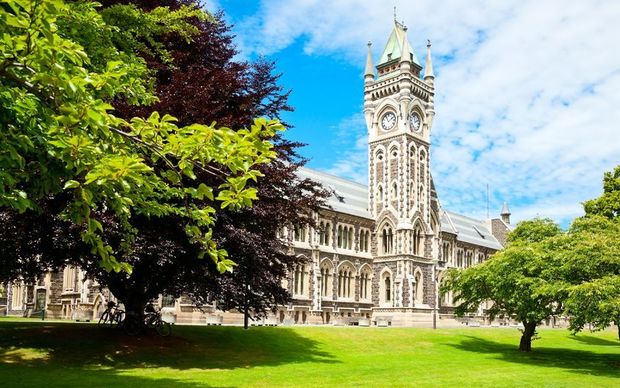 Victoria and Otago (above) universities are in the process of leaving the Union of Students Associations. Photo: 123RF

The union has existed since 1929, but students' associations at four of the eight universities have left it, removing tens of thousands of dollars in membership fees and puncturing its mandate to speak for students.

Now, it has just 10 members among the various polytechnic and university student associations.

Those who have gone include the Canterbury and Waikato university associations, which quit several years ago, while those at Victoria and Otago are in the process of leaving having given notice late last year.

President of the Victoria University of Wellington Students Association Rick Zwaan said it left because the union was not the strong, credible national body it should be.

"For a number of years NZUSA we deemed hadn't really been filling that capacity. So we wanted to get on and put our resources towards campaigns and things like that that we were already working on that would make a real difference for students. So we figured out that $45,000 was an awful lot of money to be spending on an organisation that we didn't have a whole lot of faith in."

Rick Zwaan said the door was not shut. If the union improves, the Victoria association will work with it on specific issues.

Otago University Students Association president Paul Hunt said it decided it was not getting value for money from the union, and there might be better ways of giving students a national voice.

He said the union needed to change a lot.

"We're being quite clear that we don't think NZUSA is a viable organisation for us to remain part of long-term. But it could be that if there are significant structural changes to NZUSA, or it may not be called NZUSA it could be called something else, but there does need to be a big rethink and that might time."

The president of the union, Rory McCourt, said the loss of such major members puts its future in doubt.

"It's not so much about the financial survival of the organisation - we have quite low overheads - but it is about legitimacy. And if we can't speak on behalf of New Zealand's 400,000 students legitimately, then we have to look at winding this organisation up or what changes we can make so that we can be attractive for those students associations again."

Mr McCourt said the income of many students' associations had halved since the introduction of voluntary association membership in 2012, and it was hard for them to justify the union's membership fee, which is $45,000 a-year for large organisations.

But he said the union's role was more important than ever.

"A really important thing to invest in at this time is a national voice for students so someone is watching the Government, watching the universities and polytechnics, and making sure that they have a strong voice in Wellington on the issues that matter to students."