A man who sparked a major man-hunt when he kidnapped and abandoned a toddler, then went on the run, has been sent to prison for three years. 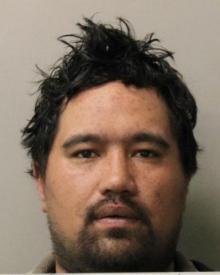 Phillip Edwards was found guilty last year of kidnapping a two-year-old boy from his home in the Auckland suburb of Panmure in August 2013.

He abandoned the boy in a shed, where the child was found safe and well, then went on the run for almost a month before he was found by police.

In the Auckland District Court, Judge Mary Beth Sharp said the boy was left alone, cold, and traumatised by the abduction, which had taken a toll on him.

She also sentenced Edwards for assaulting the boy's mother and for earlier stealing a car, which he had pleaded guilty to at his trial.

She said Edwards' very long list of convictions, which included manslaughter and assault, showed he had a need to control his victims with violence.