The officers criticised for how they investigated a teenage sex ring in Auckland will not be sacked, Police Commissioner Mike Bush says. 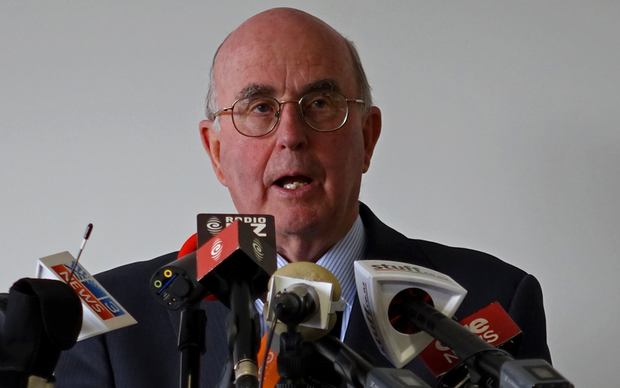 The Independent Police Conduct Authority (IPCA) has found police failed to follow up complaints made against the so-called Roastbusters - a group of teenage boys who boasted online about having sex with drunk girls, some as young as 13.

Mr Bush said he accepted the IPCA's findings and was disappointed the victims were let down.

"I unreservedly apologise to those people affected, and that's why I sit here to assure people as the commissioner that a) we accept that our investigation fell short," he said.

"I will do everything I can do to ensure we uphold the highest standards of investigation."

Mr Bush said the report would be used as part of an employment process for the three officers behind the initial investigation but they would remain in the police force.

"I have assurance from the district commander of Waitemata that this was not a workload or a resourcing issue. It was a performance issue by a small number of staff at a point in time."

Mr Bush said they no longer worked for the child protection or adult sexual assault teams but could not say whether the move was related to the sex ring investigation.

He toldCheckpoint the officers would not lose their jobs but this was a serious performance matter.

"It's definitely a drop in performance, it's serious for that point in time. I've got no doubt that the district commander will deal with it appropriately," he said.

"We've made it quite clear that the officers won't be losing their jobs over this - it's a performance issue, and I think the IPCA in their report have been quite clear about that."

He said his staff did not meet the required investigation standard.

"I think the IPCA talks about not joining the dots - and that's the most disappointing thing, really," he said.

"If they had looked at the bigger picture and made, you know, a thorough investigation and engaged with Child, Youth and Family (CYF), they may well have linked the cases together."

Mr Searle said he welcomed the IPCA's findings and the case was still open if anyone wanted to come forward.

Mr Bush said police had worked hard during the past few years to improve the standard of investigation and prosecution. He said the majority of cases were managed professionally and the failings in this case did not represent national practice.

'They did not have a prevention focus'

The IPCA found there were a number of significant deficiencies in the original police investigation.

The investigation specifically looked at seven incidents involving seven victims and five suspects but the inquiry involved 110 potential victims and 35 young men linked to the case.

In his report, IPCA chair Sir David Carruthers said the investigating officers "failed to adhere to the basic tenets of any form of criminal investigation".

He said police treated the young women who were subject to the offending and their families with courtesy and compassion.

But they breached police policy by not following up or pursuing lines of inquiry and details of alleged offenders were not correctly recorded in the police system.

Judge Carruthers said the police did not check whether the young men had been involved in any previous incidents, and as a result were unable to identify any pattern of behaviour or connection between various cases.

"Only one of the young men was ever the subject of a referral to CYF.

"In one case, initial suspect interviews were held with the young men, but there was no further contact after that," he said.

"In the other cases, officers did not speak to the young men or their parents during or at the conclusion of their investigations."

He criticised police for approaching each case on an individual basis.

"[They] saw their task as determining whether there was sufficient evidence to prosecute the alleged offenders for sexual violation," he said.

"They did not have a prevention focus in mind and did not consider whether either a lesser charge or some other response was required."

He said police failed to see the link between seven cases involving the same accused.

Six of the seven cases were investigated by the Waitemata police child protection team but details of alleged offenders were not recorded properly and officers failed to check their police history, he said.

"As a result, the pattern of behaviour that was evident from the various complaints and reports was not recognised, or its significance not adequately considered, until a later stage."

Judge Carruthers said police should have worked with other agencies to develop preventative strategies and the victims were let down by their failure to do so.

However, despite the failings in this case, Judge Carruthers said the authority has not found any evidence of widespread and poor practice nationally.

"The authority has been advised that since the investigations, the police in Waitemata have introduced a number of safeguards by way of better supervision and oversight of cases."

He recommended an audit and review of any other practice or policy issues that needed to be addressed either nationally or in Waitemata, and whether more emphasis was required on prevention.