Two tourists visiting Tolaga Bay from Tahiti said when they arrived on Saturday, the town - north of Gisborne - was bathing in sun. 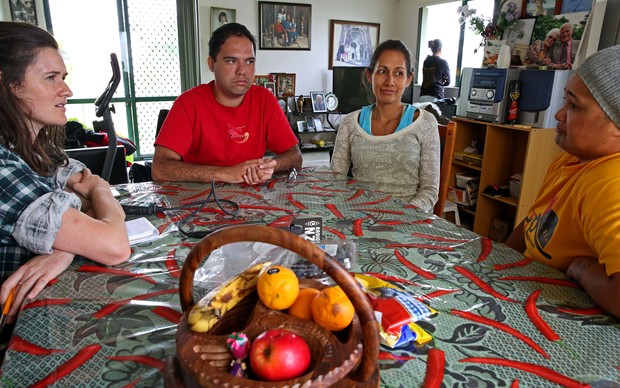 Caroline Reimbault and Tematangi Colombani said they came to New Zealand to spend a few days in Christchurch then rent a car and drive up the country.

"Hera [their New Zealand host] told us we should change our itinerary and come to Tolaga for a few days," Ms Reimbault said.

"It was really sunny when we got here, and we even went for a swim - it was that good," she said.

Updates on the storm in New Zealand and Vanuatu

Mr Colombani said they heard about the storm a few days ago, and then today watched it get more serious.

"But the weather here is not actually that bad," he said.

Ms Reimbault said there were worse cyclones in her home country, but the sea seemed much more violent in New Zealand.

"The army, the police - they came to tell us we should leave - we don't have that back home," he said.

The couple's host in New Zealand, Hera Ngata-Gibson, was one of the families evacuated from her home in Anaura Bay.

Ms Ngata-Gibson said usually the water was as calm as a fishpond.

"But this morning's low tide, was bigger than what I've seen our highest high tide," she said.

"The plan was to just sit it out, then if we needed to, if the sea got too big, we'd go to one of the locals who lives a bit higher, but then the policemen turned up." 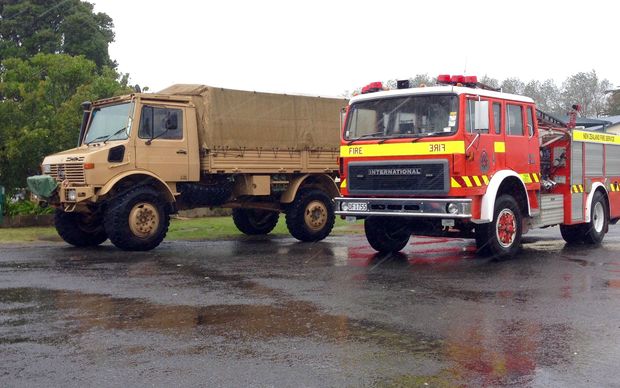 She said she was now considering the damage to her house.

"There probably will be, but there's nothing you can do, so as long as we're all safe, and the animals are all safe," she said.

She said they were worried about some of the locals who wouldn't budge from their houses, but by the time she had left her house, the army was going in to urge them to leave.

She said getting back to her house was dependent on being able to get back into the bay, depending on the roads, and where the water level was at.

'You wouldn't want to be out there today'

The manager of a holiday park in Tolaga Bay strapped down the roofs of his cabins on the site in preparation for the high winds.

"We've actually strapped all the roofs down on our cabins, just in case the wind travels underneath them. Taken out all our sails we had around the park there, just sun shelters and things like that," he said.

"You wouldn't want to be out there today, that's for sure. We had the water lapping over the dunes."

Mr Brooker said the estuary flooded right to the door of his house. 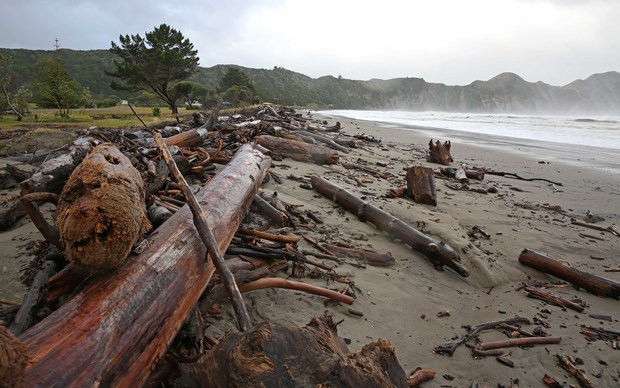 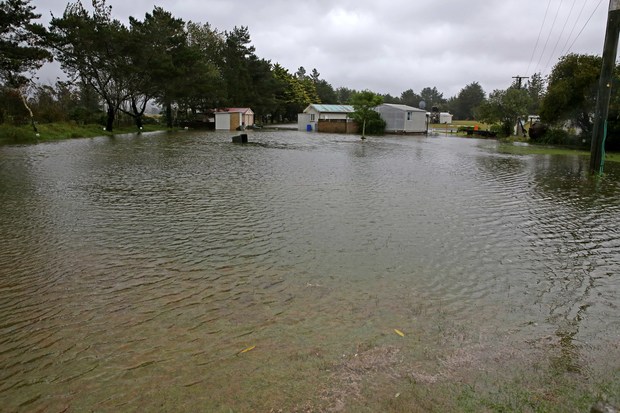