A state of local emergency has been declared for the Chatham Islands as residents anticipate the arrival of ex-Cyclone Pam, with the storm expected to bring large swells and severe gales to the islands. 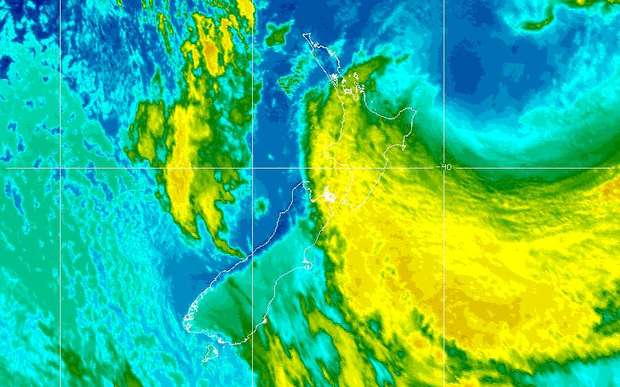 The latest infra-red image of ex-Cyclone Pam from the US NOAA (Monday). Photo: NOAA

A civil defence meeting has been held to discuss how the islands' approximately 650 residents will prepare for the storm, expected to hit the area from Tuesday.

State of local emergency declared for Chatham Islands due to Cyclone Pam and rural fires http://t.co/3cwxLWAF5N

Residents are being urged to prepare for the stormy weather approaching, ensuring they have enough food and clean water to last several days.

All three of the islands' primary schools have closed as a precaution.

An Air Chatham flight to the islands from Wellington was cancelled.