New Zealand King Salmon says it may have to close one of its Marlborough farms for future summers after stock died from significantly warmer waters. 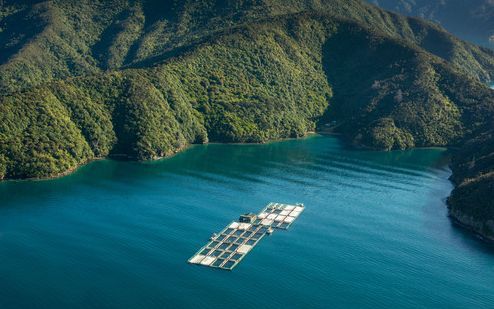 Average water temperatures at the company's Waihinau Bay farm in the past few months have been some of the hottest on record for the area, averaging above the salmon's ideal growing conditions.

The company's Jemma McCowan said it could not say how many salmon had died for commercial reasons, but the cost was likely to be in the millions.

She said the ideal temperature is around 17 degrees but this summer it has sat above 18, and a one degree difference is significant for the fish.

It was likely the dead salmon will be turned into pet food and would not be sold for human consumption. .

She said they would prefer not to farm Waihinau Bay in future summers and they were assessing whether infrastructure could be moved elsewhere.