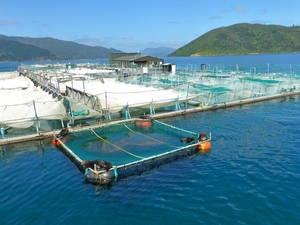 The court on Thursday ruled a board of inquiry had not considered the country's coastal policy statement in granting permission for four salmon farms in the Marlborough Sounds.

That statement requires the pristine or natural environment to be taken into account.

As a result, one of the farms at Port Gore will not now go ahead.

King Salmon chief executive Grant Rosewarne said the ruling will set a precedent and aquaculture, agriculture, forestry and horticulture are likely to be affected.

The company originally wanted to build nine farms, but is now restricted by court rulings to three.

However, the Save Our Sounds group said the balance has tipped too far towards big business.

But the Environmental Defence Society said it's a landmark decision as it was the first time the Supreme Court has said the Resource Management Act has an environmental bottom line.