A healthcare worker who became unwell after returning to New Zealand from Sierra Leone has tested negative for the Ebola virus.

The woman from Gore, had been working as part of the New Zealand team sent to help with the crisis which has claimed thousands of lives.

She arrived back in New Zealand last Wednesday, and was transferred by helicopter to a special unit at Christchurch Hospital in an isolation pod after becoming unwell on Friday. 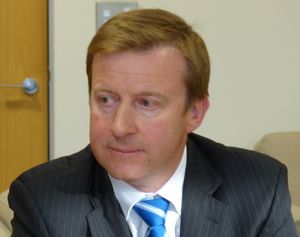 Blood samples were sent to Melbourne to be tested for Ebola, and Health Minister Jonathan Coleman said the test came back negative.

"Obviously this is great news," he said. "I am advised that in line with established international protocols, a second test is required to confirm the result.

"We should have the results of the second test within 48 hours. It is highly unlikely that it will come back with a positive result."

Dr Coleman said the patient continues to be in stable condition, and would remain in Christchurch Hospital's dedicated isolation rooms until the results of the second test were known.

"I would like to acknowledge the efforts of the patient and their family, who carefully followed the protocols for returning health workers, to ensure that there was no potential risk of others being exposed."

The only other person the woman had been in contact with was her partner.

Ebola is only contagious once a person shows symptoms.

Dr Coleman said since 10 August last year 108 people have entered New Zealand after having been in Sierra Leone, Guinea or Liberia.