Makers of infant formula are reassuring parents that a threat to contaminate their products with 1080 pesticide would be extremely difficult to carry out.

The threat was contained in letters sent to Fonterra and Federated Farmers in November along with milk products containing traces of 1080. 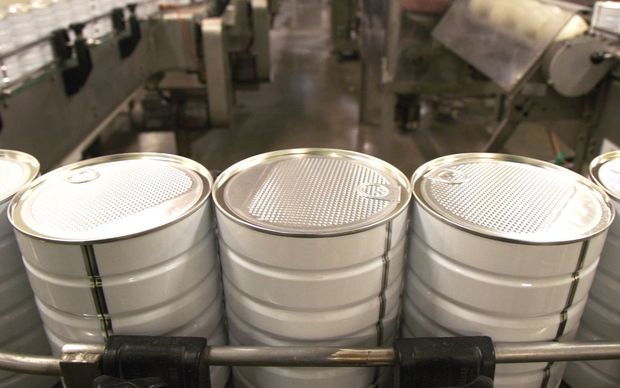 Extra security has been put in place at the 20 firms making infant formula in New Zealand, including Fonterra and Synlait.

"Fortunately the threat is easy to test for and there is comprehensive testing in place, not just here but right across the industry, and that makes it very, very difficult to see this crime being perpetrated."

About 90 percent of the 1080 imported into the country goes to Animal Control Products (ACP) a state owned company employing 14 people in Whanganui making pellets to kill possums.

Chief executive William McCook was unwilling to say whether police had been in contact or when he first found out about the threat.

"Well I'd prefer not to comment about that. I think that's a matter for the police but needless to say we want to help as much as we can working with EPA, the police Worksafe and others."

Mr McCook said it would be very difficult for a member of the public to legally obtain 1080.

"But it's a wide world out there. You can get 1080 product manufactured in China, they use it in Australia, there's probably some quantities held elsewhere in New Zealand.

"But as far as we're concerned we're confident the supply chain we have is very secure." His staff were vetted by police, he said.

A toxicologist at Lincoln University, Dr Charles Eason, said it would take very little of the pure 1080 imported into New Zealand for pest control to harm a person.

"The amount is around one milligram per kilogram, so obviously you're talking about small amounts for a child. That's less toxic than some of the natural marine toxins we have to worry about, but it's still a very small amount."

"Unless they work for a dairy company, to get access to a product stream would be very difficult. Probably the most likely area would be in raw milk before it's sent to the manufacturing plant - but again you'd have to have access either as a farmer or as a worker for the dairy industry."

Mr Flint said the other point at which contamination could occur is once the formula is on the supermarket shelves.

Both of the country's largest supermarkets have now placed their infant formula behind counters to prevent this happening, and are giving reassurances the products are safe.