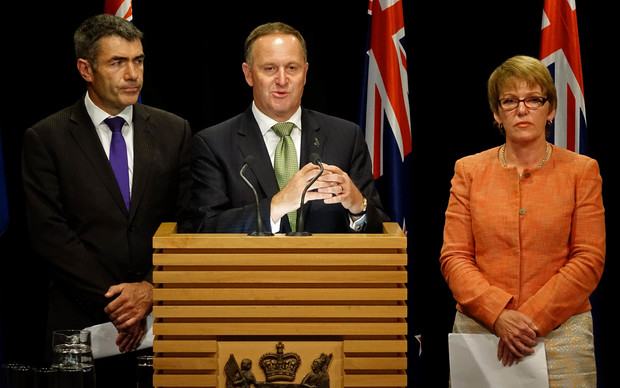 Police revealed today that they have spent more than three months investigating a blackmail threat to poison New Zealand milk products and are now calling for the public's help.

Fonterra and Federated Farmers were sent a letter each in November containing a blackmail threat and powder. It tested positive for concentrated forms of 1080.

The author threatened to poison the infant formula supply chain at the end of this month, if New Zealand didn't stop dropping the poison in the wild.

No more correspondence had been received from the letter writer since.

Officials stressed that, in the interim, Government experts and the industry had been working to ensure all the threatened products were safe. This had included a new testing regime, which was designed to detect 1080. To date, 40,000 tests had been carried out and no 1080 had been found. The testing would continue.

Watch John Key's briefing to the media this afternoon

While the letters were sent to Federated Farmers and Fonterra the threats were not made directly at them, but the Government. Police said the letter threatened to disclose the threat publicly if the Government did not meet their demand by this time.

Prime Minister John Key said the Government was confident New Zealand's products were safe. While the risk was very low, and the letters were likely a hoax, it had to be taken seriously.

Primary Industries Minister Nathan Guy described the letters as "eco-terrorism" and said it was "criminal blackmail".

He said the Government had to give police time to investigate the threat before going public. It had, however, contacted overseas markets and industry-related organisations were briefed. None of the 80 markets taking such products had cancelled orders.

An investigation team, dubbed Operation Concord, had been set up in Auckland and was working with Ministry for Primary Industries (MPI) to identify who was responsible.

"Whilst there is a possibility that this threat is a hoax, we must treat the threat seriously," Deputy Commissioner Mike Clement said.

"The letter writer may not have really considered the implications of their actions when this communication was drafted. Now is the time to put this right by picking up the phone and calling us."

Information could also be disclosed anonymously to Crimestoppers on 0800 555 111.

"We are confident that New Zealand infant and other formula is just as safe today as it was before this threat was made.

"People should feel equally confident about using imported infant formula which has to meet New Zealand's strict food safety requirements and is equally secure in the retail chain."

Mr Gallacher said the ability for anybody to contaminate infant and other formulas during manufacturing was "extremely low".

"Regardless, we encourage people to be vigilant when buying infant and other formula. Our advice is always to check packaging for sign of tampering.

"New Zealand's food safety model is among the best in the world. New Zealand manufacturers maintain high levels of security as a normal routine. Security and vigilance has been significantly increased since this threat was received."

Mr Gallacher said it had been working with retailers on the new measures, which included: 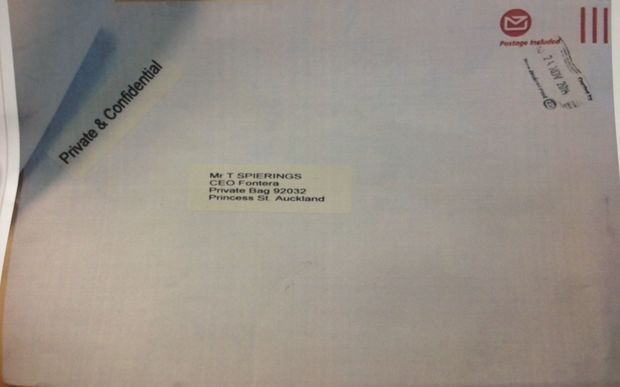 He said their combined testing programmes had checked 40,000 raw milk and product samples and no 1080 had been found.

"This criminal threat is designed to cause fear in order to generate a political outcome. It is using food as a vehicle but should not undermine confidence in our world-class food safety system or in any manufacturer," he said.

"This type of threat does occur from time to time internationally. We are fortunate that this is the first such threat in New Zealand, and that New Zealand has one of the world's strongest and most secure food safety systems."

Fonterra chief executive Theo Spierings said it was "very regrettable" that someone had tried to target the dairy industry. It had done all it could to help the Government with the case.

Mr Spierings reassured the company's customers and consumers that its milk and products were safe, and its collection and manufacturing processes were secure.

He said the company has been working with MPI to improve testing, and Fonterra had also stepped up its own security.

The company said it was up to the Government to reveal when New Zealand's trading partners were told.

Infant Formula Exporters Association head Michael Barnett said he found out about the threat a month ago and it was "devastating".

Mr Barnett said the next 48 hours would be telling in terms of how New Zealand's brand and how markets responded.

Federated Farmers president William Rolleston said the Government had acted appropriately in terms of the timing of the announcement.

Ban 1080 Party leader Bill Wallace said the threat put the country's economy at risk and it was an inappropriate way to ban 1080.

He said the party was formed as a peaceful vehicle to rid New Zealand of 1080, and he did not know of any party member who would make or support such threats.