US marshalls have seized a boat at the centre of a court row between a New Zealand sailor and Oracle Team USA. 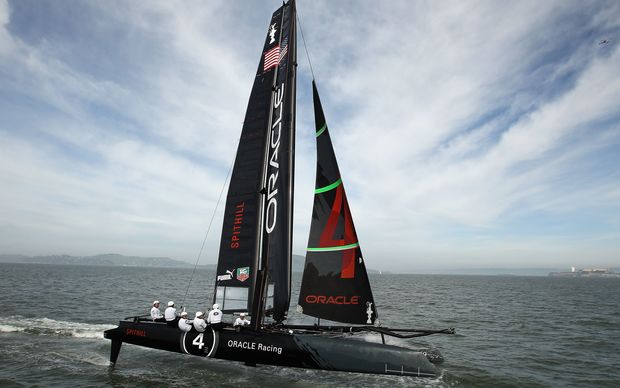 New Zealander Joe Spooner is suing Oracle Team USA, saying his contract for $34,000 a month was terminated without cause.

US marshalls say they have now impounded a boat which is moored at the Oracle compound in San Francisco.

The vessel - a multi-hull foiling AC45 - is known as 4 Oracle Team USA, and was built in Warkworth, north of Auckland, in 2011.

Mr Spooner's San Francisco-based lawyer Patricia Barlow said there were two defendants in the case: a boat belonging to the Oracle team and Oracle Racing Inc.

"The reason the vessel is a defendant is because if you've got a maritime lien, then you can arrest the vessel as security for the lawsuit," she said.

His 32-page complaint takes issue with a number of grievances, including his contract.

"In California, if you have a contract that is an 'at will' contract, it can be terminated without cause at anytime. But Spooner had a contract ... and the contract has got conflicting language. It says that it is a contract from 14 Feb, 2014 to three weeks after the America's Cup would have been completed, which will be in 2017," Ms Barlow said.

"But then somewhere else in the contract it said that you could be terminated on two weeks notice. That clause seems to be an 'at will' clause."

Ms Barlow said her client would never have been granted a visa with an "at will" contract.

Late on Friday (US time), a court issued an arrest warrant for the seizure of the vessel.

Ms Barlow said she accompanied a marshall to the Oracle compound in San Francisco today as he seized the boat.

"The US marshall entered the premises and then went through all the containers and he found what he believed to be was the number 4 AC45 racing boat. So he put the three containers under arrest and put all his paperwork on the side of it."

Ms Barlow said she had had no correspondence with Oracle.

She said there were a number of things that could happen now, including Oracle posting a bond to pay for the damages in the case.

"Sometimes a court will release a vessel, if that is done. They certainly wouldn't release it without that being done."