A kiwi chick has made an earlier than expected arrival into the world after it was run over by a 13-tonne digger. 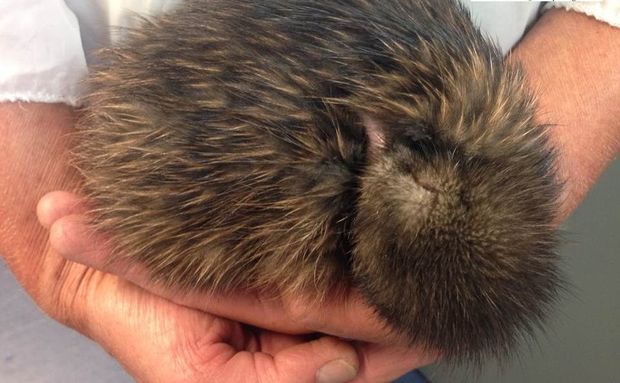 A kiwi chick has survived being run over by 13-tonne digger. Photo: SUPPLIED

The chick was still in an egg at Paparangi Station on East Cape when it was run over earlier this week.

Kiwi Trust volunteer in the area Steve Sawyer said the driver saw the crushed egg in a culvert and realised he had uncovered a kiwi burrow.

He then heard the little bird make a noise, so he put it in his swandri to keep it warm and called Mr Sawyer.

With the help of an incubator from the local primary school, the chick was able to be taken to the kiwi conservation programme at Rotorua's Rainbow Springs, Kiwi Experience.

Kiwi Experience assistant husbandry manager Emma Bean said the chick needed a bit of a clean up when it arrived but managed to finish hatching by itself and is healthy.

She said it would be returned to a kiwi creche near Gisborne in about three weeks and it is hoped it will be later released into the wild.