The trial in Indonesia of a New Zealand man who could face death by firing squad if convicted is due to begin today. 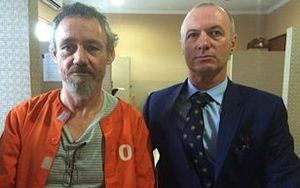 Antony de Malmanche, 52, was detained by the Balinese police on 1 December last year. He was accused of trying to bring 1.7 kilograms of methamphetamine into Indonesia.

His trial is to be held before a panel of three judges at the District Court in Denpasar.

Mr Tuck said they will also be advising the court of "preliminary challenges to evidence along with other associated administrative matters such as clarification on aspects of the indictment and timetabling".

Mr de Malmanche was on his first trip overseas and claimed he planned to meet his internet girlfriend "Jesse" in Hong Kong, but was given a bag by one of her people before flying to Bali to meet her.

His lawyers will argue that he was effectively trafficked and will say that he was caught up in a sophisticated deception which was undertaken with the sole purpose of exploiting him.

NZer in China not yet charged

Mr Tuck is also now acting for Peter Gardner, the New Zealander arrested in China in November on suspicion of smuggling methamphetamine into Australia.

The 25-year-old was arrested along with his Australian girlfriend Kalynda Davis, 22.

It is alleged the pair tried to board a flight for Australia out of Guangzhou International airport, but Chinese customs officials told the ABC that drugs appeared on a scan of their luggage. Police allege they had 36 kilos of methamphetamine.

Chinese authorities released Ms Davis, but Mr Gardner remains in jail and has not yet been charged.

Mr Tuck said Mr Gardner has had his file transferred from the police to the prosecutors' office.

"He is detained in a cell while he awaits the decision about whether or not his case will proceed to trial," said Mr Tuck. "He is grateful for the love and support of his family and friends in NZ and Australia ".