An academic who specialises in terrorism says it is not clear exactly what help Iraq wants from New Zealand to fight Islamic State. 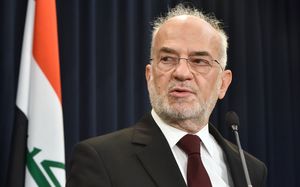 Iraq's Foreign Minister made a formal request for assistance during a brief visit here yesterday.

The Government will now talk with Australia about the possibility of sending training troops.

Editor-in-chief of the journal Critical Studies on Terrorism Richard Jackson from Otago University said there are many unanswered questions.

"What would happen, for example, if New Zealand troops get captured by ISIS [Islamic State] and publicly executed in the way that other people have. What affect would that have in New Zealand?

"How will that impact us politically? All these questions have not been dealt with satisfactorily in my mind."

He said Iraq already had billions of dollars worth of training.

It may be better for New Zealand to do humanitarian work in Iraq, and not send training troops, he said.

The Peace Foundation said New Zealand should not be sending any soldiers to Iraq to help fight against Islamic State.

The foundation's International Affairs and Disarmament Committee chair Richard Northey said that even training would go too far as it would show New Zealand has chosen sides.