Labour Party leader Andrew Little says the Prime Minister is too worried about his own political career to allow an honest debate about Maori sovereignty. 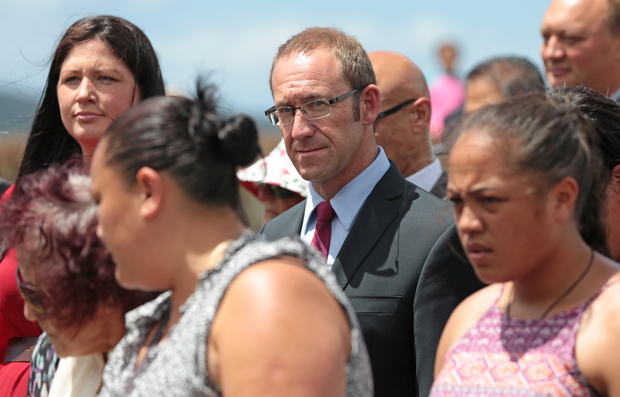 At Waitangi yesterday Mr Key dismissed a Waitangi Tribunal claim that Maori leaders did not cede sovereignty when they signed the Treaty of Waitangi in 1840.

The tribunal, which released the finding in November as part of its inquiry into treaty claims in Northland said rangatira agreed to share power with the British Crown, but did not give up the right to make and enforce laws in their lands.

Mr Key said it was a divisive way of looking at things.

"The Crown's view is that sovereignty was ceded in 1840 but ceded to a modern New Zealand that was built for all New Zealanders."

He said he would not support any form of self-rule for Maori.

However, Mr Little said Mr Key was showing a lack of leadership in shutting down the debate.

He said it was natural for politicians to be worried about a potential backlash from voters, but the role of a leader was to face up to difficult issues.

Mr Little said the co-governance arrangements for the Waikato River and Lake Waikaremoana showed that giving iwi more say need not threaten the rule of law.