There could be up to 14,000 empty seats at Westpac Stadium for this weekend's Wellington Sevens.

The 34,500 seat stadium is usually a complete sellout but ticket sales for this year's tournament have been slow.

But this year only 13000 tickets were snapped up on the first day of sales. 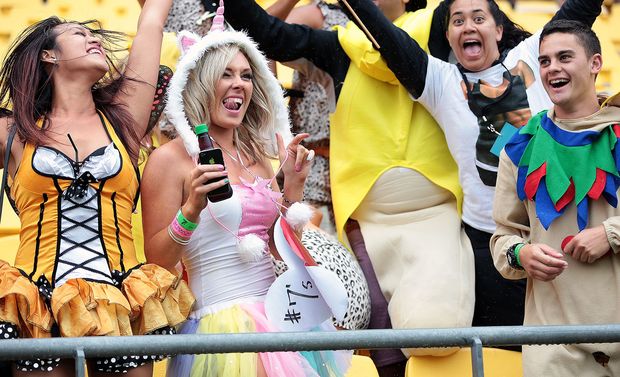 Crowds are down for this year's tournament. Photo: RNZ

In an attempt to boost sales organiers in October slashed prices for general tickets from $199 to $149.

President of the Wellington branch of the Hospitality Association, Jeremy Smith, is worried if things do not turn around, the tournament will move elsewhere.

"If the Sevens no longer generates significant revenue for the city then the city probably won't keep on investing in it," he said.

"Absolutely we're concerned and we're working very closely with the Rugby Union and the Wellington City Council, in terms of saying what do we need to change to make it better."

General manager of the Sevens, Steve Dunbar, put some of the blame on Wellington's saturated sports and entertainment market.

"If you look at the last couple of the weeks: Wellington Cup, Nitro Cirus, two Blackcaps matches here at the stadium last week," he said. And just after the Sevens there were four Cricket World Cup matches were scheduled.

"There are external factors, but we're also looking at ourselves to make sure that we continue to freshen the product."

Chief executive of Westpac Stadium, Shane Harmon, said the tournament was going through a transition, away from a booze-fuelled festival.

"We think this event is at a stage now where it does need to evolve. I think you'll see more focus on the rugby sevens itself.

"We're certainly trying to gear more towards families and broaden the demographic who are coming to this event."

He said the tournament is in transition, but will come out stronger in the end. 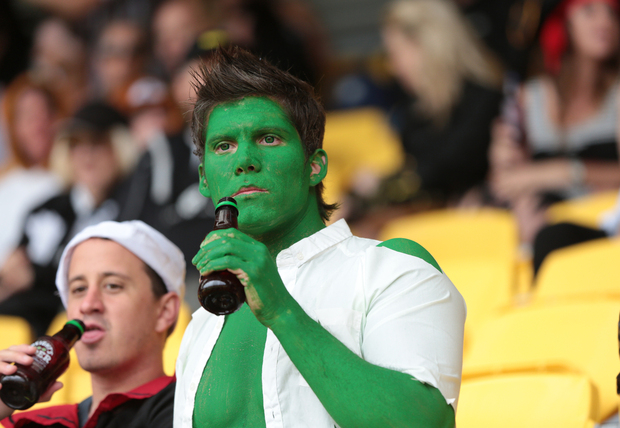 The Wellington Sevens; is it past its best? Photo: RNZ / Diego Opatowski

Law student at Victoria University, Hugo Porter, has been to four sevens tournaments and believes the event may be past its best.

"But definitely they need to reduce security and increase police officers as people have a lot more respect for them.

"And less security guards that are out there trying to prove themselves or be macho men and picking on people," he said.

"You could see that Wellington was about to hit the skids on this because it got to be too much of a party.

"I noticed over the last few years that the drinking became excessive, the rugby supporters became smaller. And the bubble was about to burst and it has done," he said.

The first game kicks off tomorrow at midday and organisers are hoping for good weather and a large walk-up crowd to boost numbers.

New Zealand's first match against Canada is just after 2pm on Friday.