The family of a Rotorua man killed in a forestry accident found out about his death by text message, an inquest has been told. 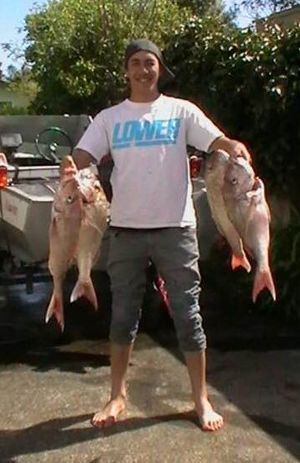 Robert Epapara, 23, died after he was crushed by a tree in the Waione Forest, near Rotorua, in March 2013.

His stepfather, Wiremu Edmonds, who is a forest safety advocate, has told the Coroners Court that when Mr Epapara was killed the rumour about his death was already on social networking sites before the family found out.

"It was believed that the partner of one of Robert's work friends sent a text message to the girlfriend who in turn sent a text to Robert's partner to tell her Robert had been killed," Mr Edmonds said.

"It wasn't until two hours later police arrived at our home to confirm the information.

"It concerns me that families are being exposed to more hurt, anger and grief when receiving information from others outside or off the worksite."

Mr Edmonds told Coroner Wallace Bain the interaction the family had with WorkSafe and the inspector investigating his stepson's death was unsatisfactory.

He said they had no contact from the WorkSafe inspector investigating the death for nearly a year and that lack of communication increased the burden on an already difficult grieving process.

Mr Edmonds wanted to see procedures about communication put into place after a forestry death and he also raised the issue of workloads on forestry inspectors.

"I am concerned the workload is far too great for the small number of inspectors dedicated to the forestry industry," he said.

A spokesperson for WorkSafe said it would be inappropriate for it to comment during the inquest process.

"But WorkSafe New Zealand acknowledges that this is a distressing issue for Robert Epapara's family.

"Since it was established in December 2013, WorkSafe has had a major focus on forest safety, which has included more on-site visits and greater support to the sector to help it lift safety standards."

The inquest started on Monday with evidence from two witnesses who saw the tree fall, and the foreman who felled the tree which killed Mr Epapara, Major Nelson.

The Coroner has been told there were safety breaches in the forest that day, including vague communication between workers and no morning safety meeting.

In a statement read to the Coroner's Court, Mr Nelson said Mr Epapara was his friend and colleague.

He said rarely a day went by when he did not think of him, and wished he could wind back the clock.

Mr Nelson felled the tree after asking a colleague via radio if Mr Epapara could be seen.

He thought he had been given the all clear to cut the tree but the two witnesses gave the court conflicting accounts of whether or not they told Mr Nelson they could see Mr Epapara.

The company he part owns, Complete Logging, was ordered to pay $135,000 in a fine and reparation.

This is the fifth of eight inquests being held into deaths of forestry workers.

The sixth inquest, into the death of David McMurtrie, is expected to start Wednesday.

The last two are still pending start dates while any court action is being completed.

The Coroner will release his findings once all the inquests are complete.