Fonterra has admitted human error has cost the dairy giant its multi-million dollar licence to export cheese to the United States.

In a statement the co-operative said it missed its deadline to apply for the licence, and will now have to sell its cheese to the US by arranging deals with other licenced New Zealand exporters. 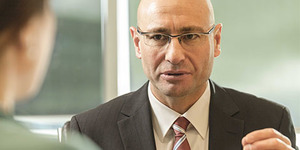 "Due to human error, a deadline was missed which meant that Fonterra (USA) failed to apply in time for licences to import New Zealand cheese into the USA in 2015," said Fonterra director global ingredients Kelvin Wickham.

"The financial impact is limited and our 2015 sales will not be impacted."

DairyNZ chairperson John Luxton said the blunder was a bad look for the industry.

"It's always disappointing when mistakes are made ... you really do need systems that are going to prevent that from happening," he said.

A spokesperson for Federated Farmers, Andrew Hoggard, said it was not a good look for an industry already reeling from a dry summer.

"Hearing that head office level are making little mistakes like this, it's the sort of thing that makes you bang your head against the wall," he said.

"Even though it's a very small part of the business, it's just a worrying sign at a time when things are pretty tight on the farm."

Figures from Statistics New Zealand showed the country exported $33 million worth of cheese to the US last year - a fraction of New Zealand's $16 billion dairy industry.

Mr Parker said Fonterra needed to say whether it would re-establish the licence next year.

The United States is already a tricky market to sell to, due to trade barriers on foreign dairy products.

With New Zealand hoping to open up the market in Trans Pacific Partnership negotiations, Mr Hoggard said the licence lapse was a step backwards.

"The potential's there for it to be a very big market - we all know that Americans love their cheeseburgers - there's big gains to be made if we can get our products in there," he said.

Mr Hoggard said he expected Fonterra to today contact farmers to explain what has happened, and what happens next.