A big fall in the number of beach drownings has been hailed by Water Safety New Zealand but surf lifesavers say it is a statistical blip and no cause for celebration.

Provisional figures show the number of beach drownings in 2014 halved to 11, which is also half the five-year average. 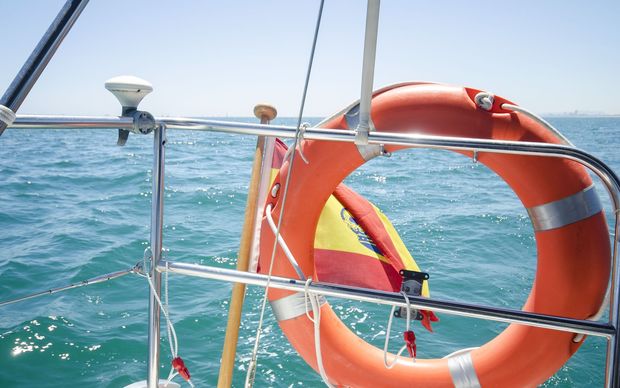 There's been a drowning every second day on average this summer. Photo: 123RF

Water Safety's chief executive, Matt Claridge, said the drop is a reflection of the great work being done by organisations such as Surf Lifesaving New Zealand and, hopefully, an indication safety messages are getting through.

But chief executive of Surf Lifesaving New Zealand, Paul Dalton, said the fall reflects the fact that fewer people went to the beach last summer because the weather was poor.

He fears the good weather so far this summer could result in a higher toll.

"The problem really hasn't gone away, and you look at the start of this year we're already up to five or six drownings at beaches which is half the annual total for and we're only two weeks into the New Year."

Overall, the provisional drowning toll for 2014 stands at 90, down from 107 the previous year.

Water Safety New Zealand said there had been a drowning every second day on average this summer.

A woman in her 50s drowned at the isolated Takou Bay Beach in the Far North.

A few hours later a 60-year-old-man died after his boat flipped at Otaki Beach on the Kapiti Coast.

Mr Claridge, said the number of drownings is high for this time of year despite there being more people in the water.

"It's an obvious reminder about messages to people thinking of heading to the water, to ensure that you're responsible about your own safety in the water and the welfare of others around water."

He said New Zealand is one of the three worst countries for drowning in the developed world.

He said adult men made up three quarters of all drownings last year, while 20 out of 90 deaths happened in rivers, making that environment the biggest killer.

The umbrella group representing tramping and outdoor clubs is pointing the finger at tourists for the high number of river drownings last year.

Vice-president of the Federation of Mountain Clubs, Peter Wilson, said while local trampers understand river safety, a lot of work still needs to be done to get message across to foreign trampers.