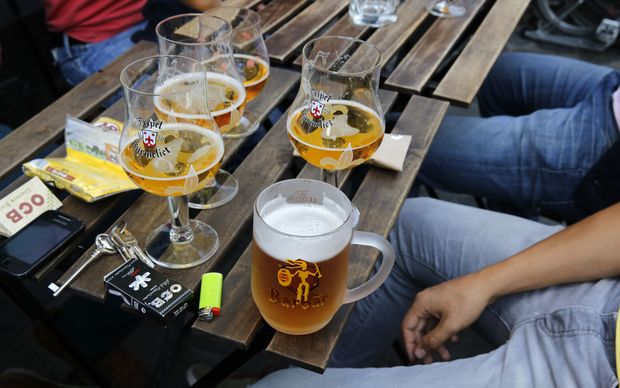 A 2012 law change let councils set their own rules regarding drinking, and the group says since then the industry has challenged nearly half of the bylaws put forward.

According to Ministry of Health figures, of the 80 percent of adults who drank alcohol in the last year, one in five did so dangerously.

But its health promotion adviser Amy Robinson said the liquor industry was fighting the changes at every step.

"Councils don't have the money to front up to be able to fight them so they're getting scared," she said.

"A lot of them have halted the process ... they might have done their submissions and then they've stopped there ... because they are waiting for these appeal decisions to see what they can get away with."

Hospitality New Zealand has had an appeal dismissed, and rejects claims the industry is trying to undermine local policies.

"It's pretty disingenuous for the industry being blamed for running appeals when in fact we've only had two appeals heard so far - one led by the industry and the other led by the police and the local health boards," chief executive Bruce Robertson said.

"The anti-alcohol side of the argument has been just as active in this argument as the industry has."

Closing bars an hour early and bringing in 'one way door policies' would not stop people drinking, and would just drive them to drink at home instead, he said.

The council's environmental health co-ordinator, Graham Carradus, said they were obviously pleased the appeal was dismissed late last year because the policy, which comes into effect in March, would keep people safe.

But he said that would not necessarily be the case in other places.

Dunedin City Council wanted a one way door policy after 1am and to ban the sale of shots after midnight as part of efforts to minimise drinking harm.

Otago University Students Association president Paul Hunt said such moves would not stop people drinking, but would kill the nightlife.

"The fact the students make up the hub of a city is a core reason people come here," he said.

He said one way door policies made on-licence establishments less attractive and could actually put people off studying in Dunedin.

A decision on the appeal against Wellington's proposed new alcohol policy is due out early this year.

Hospitality New Zealand said it would use that ruling to decide whether it kept fighting against changing liquor laws.