One New Zealand's largest fishing companies is calling for the arrest of two foreign vessels caught illegally fishing in the Southern Ocean. 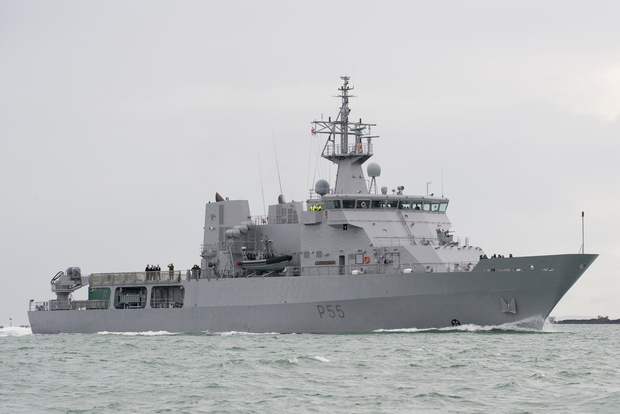 HMNZS Wellington (pictured) has been collecting photographic and video footage of the ships. Photo: DEFENCE FORCE

Navy patrol boat HMNZS Wellington spotted one of the ships about a week ago and has been collecting photographic and video footage. It is thought the ships are fishing for toothfish.

New Zealand is waiting for permission from Equatorial Guinea to board the foreign vessels.

Tony Hazlett, chief executive of Nelson-based Talleys, told Summer Report he believed the vessels have illegally caught toothfish on board.

He said the boats should be placed under arrest and brought back to New Zealand to face judicial proceedings.

Mr McCully said New Zealand had asked Interpol to put out alerts and the Government was working with nearby ports to ensure the vessels could not offload their catch.