The Sea Shepherd protest vessel Sam Simon left Wellington this morning to embark on its new campaign to tackle illegal fishing in the Antarctic. 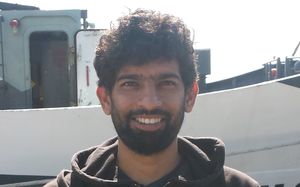 The ship will meet up with the Bob Barker to conduct operation IceFish, which is trying to shut down the illegal poaching of valuable toothfish in the southern ocean for the first time.

Sam Simon captain Sid Chakravarty said there were six illegally listed toothfish poaching vessels that have so far avoided detection, and they plan to confront them and shut down their operation.

Sea Shepherd's director, Michael Lawry, said they were not going to stand back and watch the decimation of a species and ecosystem.

The ships will also check Antarctic whale sanctuaries to ensure Japanese research boats are not carrying out illegal whaling.