Leading New Zealand political cartoonist Tom Scott is calling on his French counterparts not to stop drawing, but to stand up against the violence they face from extremists. 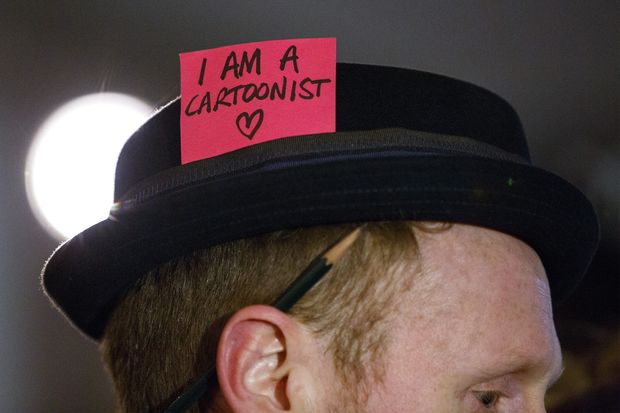 Three of those killed in the Paris attack on the satirical weekly Charlie Hebdo were cartoonists.

The weekly magazine that was targeted has satirised religion since it was first published more than 40 years ago.

Its reprinting of illustrations of the Prophet Muhammad in 2006 brought it world-wide notoriety. 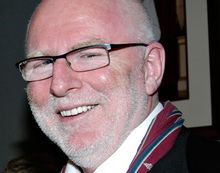 Mr Scott said he was upset and shocked about the attack.

He said cartoonists have often been in the vanguard of the fight against oppressive forces and hold an important role in democracy.

He said today's attack should say to journalists and cartoonists to double their efforts. "We should not be intimidated by this."

Mr Scott said the cartoonists in France were very brave and they have been slaughtered for their courage. "I just hope the other cartoonists find the strength to carry on and not be intimidated by this."

All religions go through a period where they're incredibly sensitive to any form of scorn or mockery, he said.

"Christianity was brutal on the Spanish Inquisition and blasphemy trials. Christianity wasn't immune to it in its history and this is a phase that Islam is going through now and people just have to be brave and carry on.

"I have Muslim friends who'll be as angry and as hurt as I am. Ninety-nine percent of the Muslims in France today will be walking with a heavy tread - their heads down and [going] 'oh my god', yet another source of insult and humiliation for them. It only takes three people to do that and an entire religion is brought under scrutiny."

Mr Scott said people should be allowed to mock human activities without being punished by death.

When the Prophet Muhammad cartoons came along, people were hesitant about publishing them, he said. "They've since been published without any fuss whatsoever. They weren't great cartoons it has to be said. At the time everyone was nervous, walking on egg shells."

'You can not allow yourself to be intimidated'

Mr Scott said cartoonists throughout modern history have played a role in democracy.

New Zealand cartoonist David Low, who worked in Britain between both world wars, was part of a generation of cartoonists who worked to warn the world of the dangers posed by Adolf Hitler, he said.

Mr Scott said Hitler had a list of people who were going to be liquidated if Great Britain was overrun and Mr Low's name was on it.

He said Hitler had cartoonists working for a newspaper in Munich wiped out. "He hated the mockery and the scorn they poured on him but they were absolutely right. They were the first people to see what a great evil he was," he said.

"When you look at what David Low was doing he did an extraordinary service and the fact he annoyed Hitler shows how important he was."

Mr Scott said cartoons relieve pressure, amuse and draw attention to subjects. "They do bring things up and Islam like any great religion shouldn't be immune to having fun poked at it."

He said people should be allowed to mock and even if that mockery is sometimes in dreadful taste. "I just hope the cartoonists in France have the courage to keep going," he said.

"They'll be looking over their shoulders but they have to keep going. You can not allow yourself to be intimidated by it."

The victims of the attack on Charlie Hebdo included some of France's most celebrated cartoonists - known for lampooning politicians and other religions besides Islam.

Cartoonists around the world have responded to their murder with their pens, mocking the killers and demanding respect for freedom of expression, the BBC reported.

Some newspapers have chosen to reprint some of Charlie Hebdo's most irreverent illustrations in a gesture of solidarity.

The last tweet sent from Charlie Hebdo's account before the attack carried a cartoon image of the Islamic State leader Abu Bakr al-Baghdadi with the caption "best wishes to you too".