Vigils have been organised in Auckland and Wellington as Prime Minister John Key and others strongly condemn the violent attack on the offices of Charlie Hebdo in Paris. 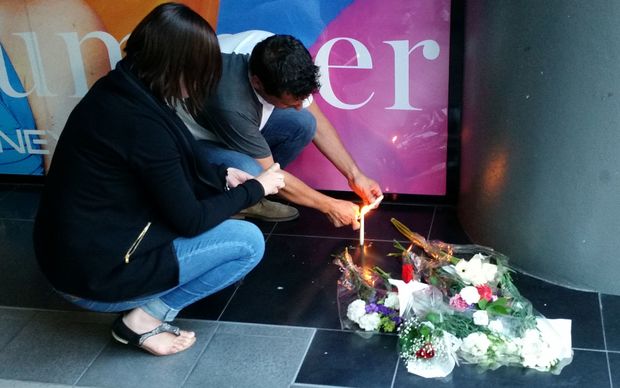 Organiser Pascal Line and Laurent Loudeac light candles at a vigil for the victims in Wellington. Photo: RNZ / Ruth Hill

Twelve people are dead and others have been wounded.

Mr Key said his thoughts were with the families of those who had lost loved ones, those injured in the brutal attack, and the people of France.

He said the targeting of journalists going about their daily work was an attack on the fourth estate and the democratic principles of freedom of speech and expression.

He said it should be seen for what it was - an attempt to instil fear in those who would exercise freedom of thought and expression.

The Ministry of Foreign Affairs and Trade (MFAT) has been reviewing its travel advisory to France in the wake of the killings.

A ministry spokesperson said at this stage it appeared no New Zealanders had been caught up in the Paris attack however the New Zealand Embassy continued to liaise with local authorities.

Sixty-four New Zealanders are registered with the ministry as being in Paris. 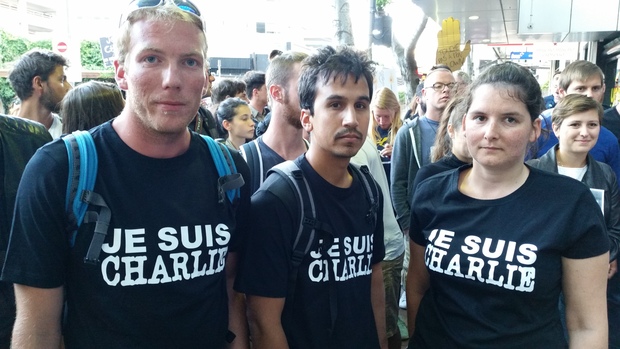 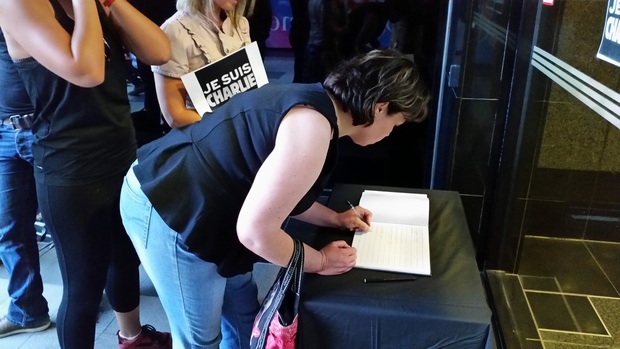 The New Zealand Press Council said journalists and others involved in protecting press freedom must be resolute in the face of intimidation.

Sir John said the council had championed freedom of expression for over 40 years, even though some might be offended by the opinions expressed.

He said at times the price of freedom was high, which made it all the more necessary for society to treasure it.

The New Zealand Media Freedom Committee said the slaughter was an attack on free speech. The committee's chairperson, Joanna Norris, who is also the editor of The Press newspaper in Christchurch, added that the loss of life was tragic in itself.

She said journalists, satirists and cartoonists should be able to hold public figures to account without fear. 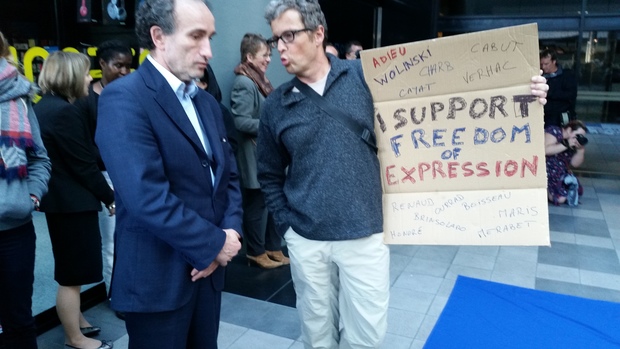 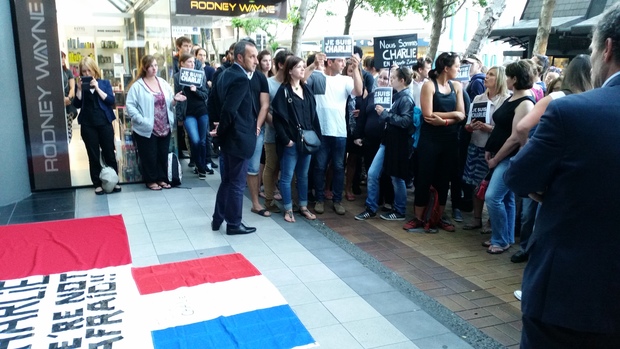 Former broadcaster and Maori Party candidate Derek Fox said in their haste to condemn the deadly attack, journalists were defending arrogance and bigotry.

Mr Fox said people would focus on the 12 deaths and forget what led to them.

"This is just cultural superiority where we're saying, 'Well, I don't see anything too bad in it. I mean, OK, they had these cartoons about Muhammad but who's Muhammad, he means nothing to me.' But he means an awful lot to millions of millions of people around the world."

Mr Fox said the killings should not be judged by western standards because to some Muslims, the insult to their religion could be equivalent to murder.

A New Zealand body representing Muslim organisations has condemned the killings as abhorrent.

The president of the Federation of Islamic Associations, Dr Anwar Ghani, said he was horrified the killers claimed to be defending Islam.

"The federation unreservingly condemns the shootings which happened in Paris. We stand in solidarity with all New Zealanders in denouncing such unjustifiable behaviour."

Dr Ghani said his community's sympathies were with the people of France, especially those directly affected by the tragedy.

Vigils in Wellington and Auckland

The French Embassy in Wellington has invited people to sign a condolence book at their reception today and Friday to mark the shootings.

It is hosting a vigil this evening for the murdered staff of the magazine.

The vigil began at the embassy at 7pm and another vigil is planned in Auckland tomorrow.

An embassy spokesperson said the French community had organised the vigils.

The condolence book is available for signing during the times below: