It happened two years ago and it could be on the cards again: 10 days or more of sunshine in Wellington. 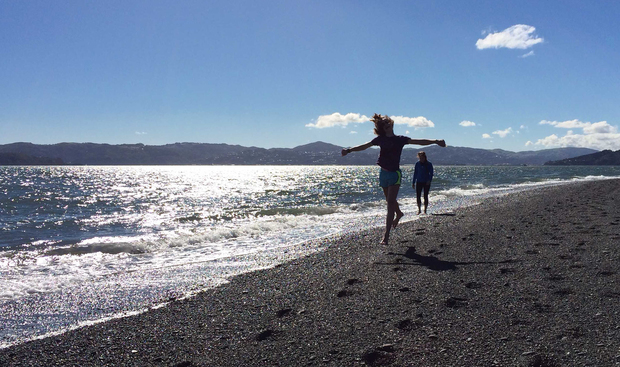 Beach-goers enjoy the sunshine at Eastbourne in Wellington. Photo: RNZ

The MetService's 10-day forecast has the sun mostly out in the capital, and elsewhere around the country, till Wednesday week, though the odd grey cloud (containing a drop or two) may flutter past.

Wellington last confronted such a scenario at the end of 2012 / early 2013 when the mercury soared into the late 20s. Unfortunately, the capital will not be hitting those highs this time with the predicted range 18-22 degrees.

However the temperature has been rising in some parts of the country since the new year, with Blenheim expected to hit a balmy 32 degrees today. Christchurch was not too far behind with a high of 31 possible.

Elsewhere Whangarei, Auckland, Hamilton, Napier, Gisborne, Taupo and New Plymouth are all in for settled spells, with the temperature consistently picked to range between 21 and 27 degrees over the next 10 days.

It is a similar story at the top of the South Island, where Nelson, Blenheim, Westport and Christchurch should also welcome a wee golden spell.

Further south, Queenstown, Timaru, Dunedin and Invercargill can expect temperatures in the mid to late 20s up until at least Sunday when the rain may finally turn up to spoil things.

MetService meteorologist John Law said a high pressure system was nicely placed to dominate the weather over the next week, ensuring a dry spell for most.

Mr Law said it remained particularly dry in the Wairarapa and east coast of the South Island around Otago.