The Wellington City Mission says people donated significantly more than they would normally at its charity appeal last month, because it offered EFTPOS as a payment method. 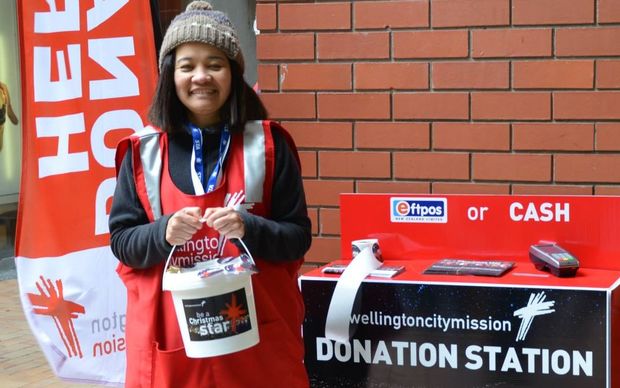 The charity's chief executive, Michelle Branney, said it had a deficit of $100,000 a year between its outgoings and donations.

She said EFTPOS New Zealand gave the mission four portable machines, which allowed people who did not carry cash to donate.

"I think when you give a person an EFTPOS machine and say would you like to donate, we're finding that they're giving $5 or $10," she said.

The largest one was $200. I think people are giving more individually."

Ms Branney said the charity raised $58,000 dollars in its annual street appeal and, of that, $3200 was donated through EFTPOS by people who otherwise would not have given at all.

'All these organisations suffer from the same problem'

EFTPOS New Zealand general manager Peter Hansen said, in the past year, the company had ramped up the number of charities it donated the terminals to, including the Cancer Society, the Breast Cancer Foundations and the Westpac Rescue Helicopter.

"All of those organisations suffer from the same problem - that people carry less cash," he said.

"And so increasingly being able to provide card acceptance, whether it's just debit and/or credit card payment, makes a big difference to the amount of money that these organisations can raise."

Mr Hansen said people would often be far more generous to charities if they could use EFTPOS.