People who rioted at the BW campground in Gisborne on New Year's Eve could face further charges. 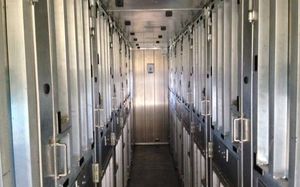 The riot ended with 63 arrests and more than 80 people needing medical treatment.

Police want anyone with video footage of the furore to send it to them, as they try to pinpoint the key players in the riot.

Senior Sergeant Steve Sutherland said police had been looking at videos posted on social media sites and suspected there was probably a lot more footage out there.

He said they wanted to view as many recordings as possible to pin down the main offenders in the riot.

Most of the people who were arrested will appear in the Gisborne District Court in just over two weeks' time.

Tairawhiti area commander Inspector Sam Aberahama said the charges so far included disorderly behaviour and assault with a weapon but no-one had been charged with inciting a riot.

He said police decided against laying more serious charges but that could change between now and the court appearances on 18 and 19 January.

"We've looked at it and we've discussed it and there may well be further changes between now and when they appear in court. But as it stands, they've been charged with appropriate offences, and we'll just leave it there for now."