A price can't be put on the value of New Year celebrations to Gisborne and losing the BW camping festival would hit it hard, its tourism organisation says.

The event's organisers are questioning its future following a riot at the campground on New Year's Eve which left 83 people injured and 63 arrested. 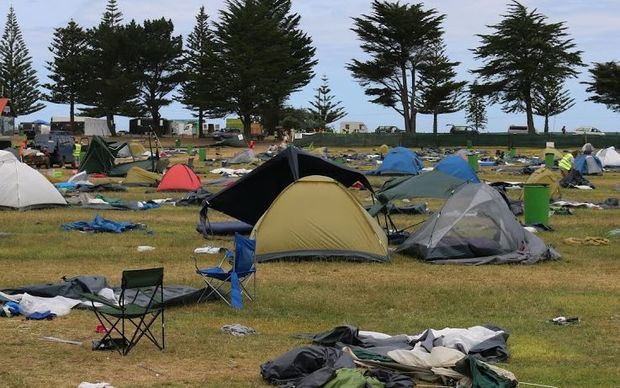 The riot took place at the BW Summer Festival, which runs alongside but separate to Rhythm and Vines. Photo: Ollie Neas

Cars were overturned and tents set on fire at the campground for the BW Summer Festival music festival, which runs alongside the Rhythm and Vines festival.

Festival organisers say it is too soon to say whether the riot spells the end for the event.

"They did an economic impact study in 2010 and it was in the tens of millions, from an economic point of view," she said.

"But the intangible benefit, it's just impossible to put a dollar figure on that.

"For such a small destination to get that kind of exposure, it's just huge."

Closing it down the BW festival would hurt the much larger Rhythm and Vines festival because many punters were lured by both events, he said.

"Gisborne is a little bit isolated in the sense that it's a couple or three hours from the nearest city, so it's a bit of an effort to get here.

"For people to make that effort there needs to be a good reason to come, and having both events it certainly gives you that advantage."

Mr Helson said the onus was on the BW festival organisers to prove the riot was a one-off.

Tairawhiti area commander Inspector Sam Aberahama said it was clear from social media postings there was going to be a breach of the fence between two camps.

Police had identified some of the ringleaders beforehand and got festival security to approach them directly when the mood became ugly at about 5pm.

"It did happen and we couldn't have put our staff in between that otherwise there was fears for their safety," he said.

"Once it did happen we had to then attempt to gain control of what was occurring."

Mr Aberahama said he was pleased with the way the police handled the incident and, although 83 people were hurt, nobody was killed.

He put the blame for the riot on revellers being allowed to take limitless amounts of alcohol into the BW festival campgrounds.

The police had always opposed the festival's BYO licence and what happened on Wednesday night showed it needed to be addressed, he said.

"There's no controls over how much or how often alcohol is brought into an area so, again, when you're looking at judgement calls made by 18 and 19 year olds, that's a challenge straight away." 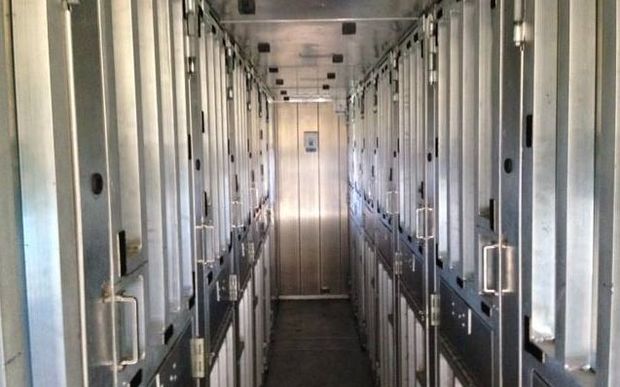 "Once it happened, then it became too dangerous to stand between them so we had to use other tactics to move them along," he said.

He was hopeful the city's Rhythm and Vines and BW music festivals would be held again next year, despite the riot.

"Just one event on one night, that was a very significant event, but it's overshadowed all the good things that have happened not just this year but in past years."

Mr Burrows told Summer Report his company was given a licence to sell alcohol at the campground but decided to revert to BYO policy after a backlash from campers, and there was simply there was too much alcohol in the area.

However, she said she believed an on-licence would simply have forced people to drink elsewhere and perhaps find trouble in the central city rather than the campground.

"What an on-licence would do is send young people to drink elsewhere, perhaps find trouble in the city centre as opposed to at the camping ground.

"I think the key thing really is to be educating young people and creating a culture where drinking sensibly is the way as opposed to excessive drinking."

The BW campground, which is on council land, was granted an on-licence which would have barred BYO and allowed intoxicated campers to be expelled. However, campers put up a fuss and camp organisers reverted to the BYO policy, Ms Campbell said.

Steps needed to be taken to ensure that did not happen again, and the council would be sitting down with the festival organisers and the police in the coming weeks, she said.