A New Zealand bar manager in Myanmar, also known as Burma, has pleaded not guilty to insulting Buddhism.

Philip Blackwood appeared in court in Yangon overnight, along with two local men. 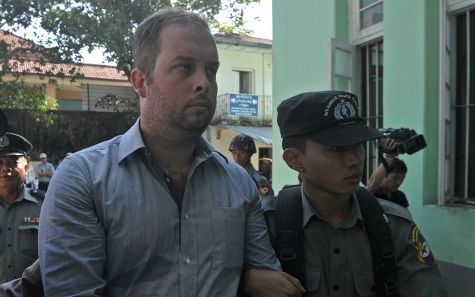 The trio, who run a bar in Yangon, are accused in connection with a flyer promoting a drinks event that depicted Buddha wearing headphones.

They face up to four years in jail if found guilty of breaching the Religion Act.

Mr Blackwood told the court he has removed the image from the bar's Facebook page and posted an apology. He said he had no intention of offending anyone.

The trial could take up to six months.