A resident opposing a Christchurch gelatin factory's bid to continue emitting foul odours claims the smell makes her want to vomit and stops her from going outside. 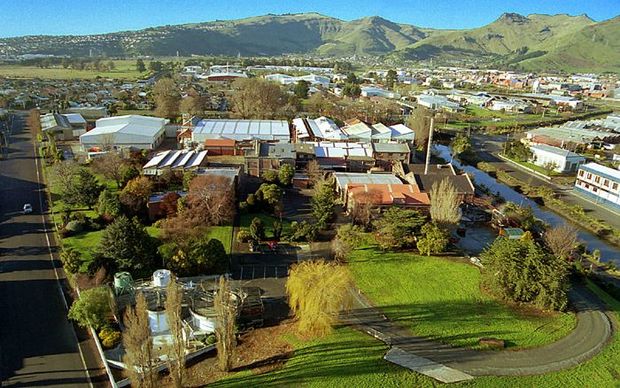 Gelita has the capacity to produce over 1400 tonnes of gelatine each year. Photo: Supplied

Gelita has been fined thousands of dollars for breaching odour rules and is now before a Canterbury Regional Council hearing asking for a three-year exemption from having to comply with odour limits.

Tracy Hyde is one of hundreds of people who live near the Woolston factory and told the hearing the smell has got worse since the factory was badly damaged in the earthquakes.

"It's hard living with something almost every day. It's unbearable sometimes. The smell, I almost can't describe, it's like rotting meat and it makes you want to vomit."

As well, the odour was worse at the weekend, she said.

"You can't garden or anything. You just go inside and shut windows and just go out.

"Because you really don't know how long it's going to last for. So it can be half-an-hour, an hour, five hours or six hours."

Among the supporters of Gelita's application for an exemption is the owner of a neighbouring engineering firm, Brian Willoughby.

Mr Willoughby said complaints about the smell from the newly established Tannery retail development just across the river were unjustified in what was an industrial area.

"What we've seen with the behaviour of the people from the Tannery with that sign up inside saying, 'If it smells, phone Ecan', with a number written up outside," he said.

"All that kind of behaviour is just a cynical ploy on behalf of a Johnny Come Lately to the environment. They got permission to build there when they shouldn't have."

Another local manufacturer, Trevor Edwards, said Gelita was being unfairly punished for an activity which had been carried out on the site for past 100 years.

The Tannery, which included bars and restaurants, knew about the smell before it started building but waited until it was established to raise it as a problem.

"There was a loophole which a whole shopping mall was driven through that's created conflict with other industries who provide employment and pay taxes and have nowhere else to go."

A Gelita spokesperson said its German owners were willing to invest in covering the plant to keep the bad odours from escaping but only if the fines for breaching its consents stopped for the next three years while the work was carried out.

Local MP Ruth Dyson told the hearing she supported a reprieve for Gelita as long as it gave solid undertakings to the local community that it was taking steps to fix the problem.

Ms Dyson said the factory, which employed 60 people, was a good employer and could exist side-by-side with the more recent arrivals to the area.

The hearing resumes in February.