The Kapiti Coast District Council will euthanise a dangerous dog despite up to 80 protesters turning up outside council's main building to try to save it. 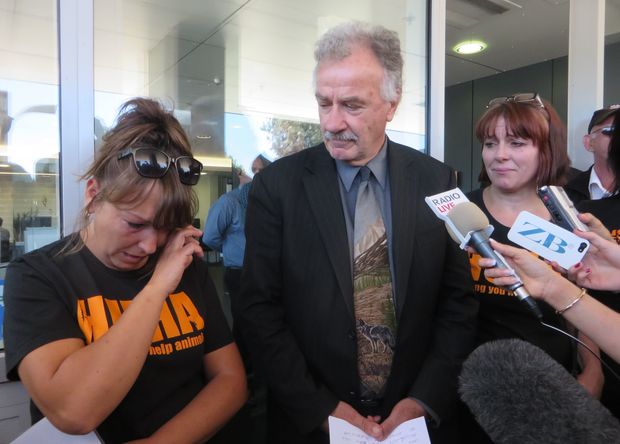 Animal welfare group Huha organised today's protest and entered discussions with the council to try and save Beau's life.

The Staffordshire terrier-Great Dane cross was seized two years ago and put in the pound after complaints about his aggressive behaviour. The council said it received complaints of three attacks on other dogs in eight days.

The District and High Courts rejected the owner's appeals to save the animal.

Huha trustee Sharon Osborn said there was nothing more the animal welfare group could have done to save the dog.

"They were adamant that they were not going to budge on their decisions. We went in there and they knew the outcome, they'd already made their mind up."

The council boosted security today ahead of the protest after death threats were made to some staff.

Mayor Ross Church said police have been informed about a raft of emails that staff have received, including calls for them to be put in the pound.

"There's been lots of nasty emails and social media stuff and we're taking that very seriously, so of course the police have been informed," he said.

Mr Church said regardless of the uproar it's caused, the dog would be put down. 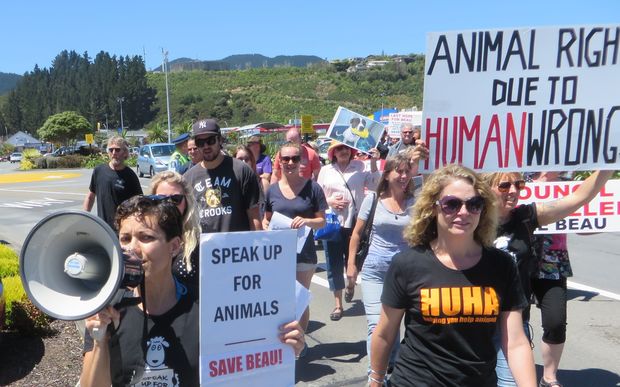