The Tauranga City Council estimates 10 staff have become ill as a result of toxic mould found in parts of the council building, forcing the evacuation of 205 workers. 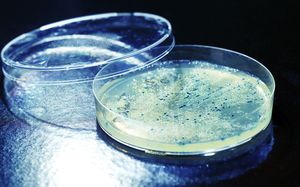 Staff were to work from home or a temporary office. Photo: WBU / Science Photo Library

Black mould and bacteria forced 35 employees out of their office on Wednesday, with one worker becoming ill.

This morning, the council was forced to evacuate a further 170 after black mould was found throughout the first two floors.

About half its workforce have been relocated to other parts of the building, taken paid leave or asked to work from home.

Chief executive Garry Poole said about 10 staff had suffered adverse health effects, including asthma-like symptoms and skin irritations and have seen their GP.

However, Mr Poole said the public was unlikely to see any disruption to services as a result of the find.

The council would know the full scale of the mould problem by the end of this week, he said.