The Parole Board has granted serial sexual offender Stewart Murray Wilson, parole from next year. 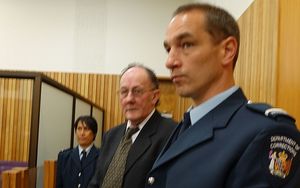 The 65-year-old has served prison time for multiple rapes and assaults on women, bestiality and ill-treatment of children.

After seeing Wilson today for further consideration of parole, the board said he had been granted parole from a date in late March 2015.

It said he would be subject to a number of conditions, including GPS monitoring.

The conditions were very similar to those he was subject to when last on parole.

Last month Wilson was found guilty of breaching his parole conditions and had six months added to his prison time.

The full reasons for the parole decision would be released on Monday.