A Wellington man has today been found guilty of starting a storage unit fire which caused millions of dollars of damage. 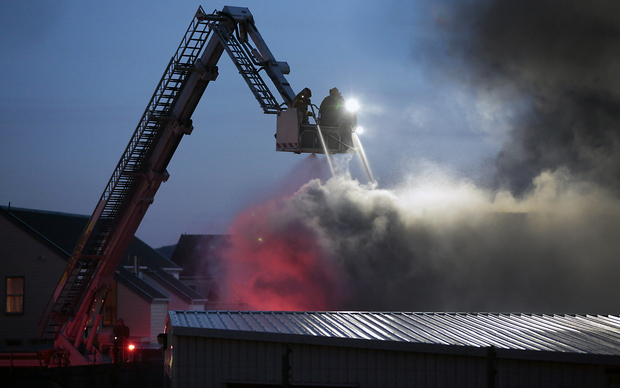 Angelo Bitossi had been before the High Court in Wellington on a charge of arson, relating to the fire at the Kiwi Self-Storage facility in Kilbirnie, in April this year.

Police said he was the owner of a cap found at the scene, and CCTV footage showed a car similar to that driven by Mr Bitossi's partner was seen in the area of the storage facility shortly before the fire.

However, he denied responsibility for the blaze and during the trial his lawyer suggested one of the Crown witnesses may have been the arsonist.

Justice Simon France convicted Bitossi and remanded him in custody for sentencing in February next year.

Meanwhile, victims of the fire are considering taking legal action against those who ran the facility.

Megan Ransom, who lost about $50,000 of belongings in the fire, said people were still suffering as a result of the blaze.

"We've lost our careers, we've had people that can't feed their children," she said.

"All of this time I've been trying to do what I can to help. Not once have we heard from the mayor. We never heard from our local politician. We heard from no one.

"We are on our own and we are in hardship."

The storage unit owners had received $3 million towards building a new block and another $1 million for lost revenue but they had not once contacted other victims in the eight months since the fire, Ms Ransom said.

Legal action was likely to be filed in the new year, she said. 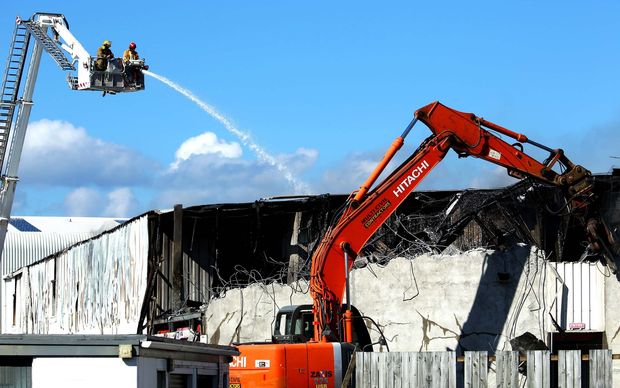 A digger was used to give crews access to the storage units. Photo: RNZ / Alexander Robertson