About 200 workers have marched in central Auckland's, bringing lunch-hour traffic to a near standstill, to demand fair negotiations from their employer ANZ. 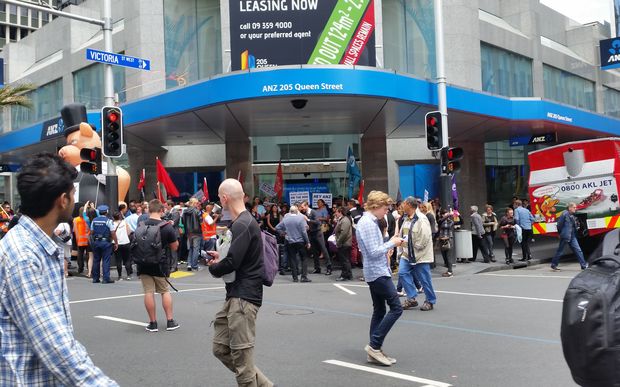 The protest was led by FIRST Union and ended outside the bank's main Queen Street branch.

Union spokesperson Isaac Hayes said they had entered their third round of bargaining in the past five months.

He said while progress was happening, it was not happening fast enough.

FIRST Union and the country's biggest bank have been as loggerheads over a new collective employment agreement.