The head of a credit union in Napier has admitted the company breached the privacy of a former employee by taking a private Facebook image and distributing it to employment agencies. 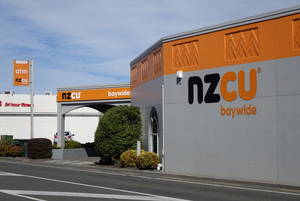 Former employee Karen Hammond is seeking damages at a Human Rights Review Tribunal in Napier for the harm NZCU Baywide did in making public a cake iced with swear words about the credit union.

Chief executive Gavin Earle today admitted that NZCU Baywide breached the Privacy Act and has apologised to Miss Hammond for his staff disclosing the Facebook photo to recruitment agencies.

NZCU Baywide's lawyers said the company accepts that it caused Miss Hammond some harm, but not to the extent she alleges.

When Financepoint wrote back and said there was no grounds to sack her, Ms Baxter replied: "Baywide has no option but to discontinue processing loans."

NZCU Baywide chief operations officer Grant Porter said the company was not happy to have Miss Hammond involved in any lending applications from Financepoint as a result of the cake she had baked.

"As a result of what Karen had done, I had lost trust and confidence in her. She was so openly septic about the Baywide organisation I could not see how we could rely on her with applications with the provision of accurate information provided in good faith."

At no point did NZCU Baywide cease business with Financepoint, he said.

Under cross-examination, Grant Porter told the tribunal that Miss Hammond had done a good job while working at NZCU Baywide and there was no reason to believe she would be involved in any fraudulent activity.

At the time, Financepoint did 80 percent of its business through NZCU Baywide.

Tribunal chair Rodger Haines, QC, put it to Mr Porter that the approach of refusing to process loan applications processed by Miss Hammond would have the inevitable result of Miss Hammond being dismissed by Financepoint, to which he replied: "Not at all."

Mr Porter said it was "absolutely" not his intention for Baywide to secure Miss Hammond's dismissal.

Financepoint was asking for advice about what to do in a situation where its main lender refused to deal with the employee tasked with processing lending applications, and NZCU Baywide offered it, he said.

"But there was no intention of saying 'get rid of Karen.'"

Earlier, Mr Porter contradicted the evidence of Human Resources manager Louise Alexandra, who said Mr Porter had instructed her to send the Facebook cake image to Hawke's Bay employment agencies by the end of the day.

Mr Porter said he gave no such instruction and could not think of any reason for Ms Alexandra to give that evidence.

NZCU Baywide former chief financial officer Peter McAuley said he was at a meeting in 2012 where he warned Mr Porter the photo was private and sharing it would breach privacy.

However, Mr Porter said Mr McAuley was never at that meeting and gave no such advice.