AC/DC drummer Phil Rudd has been ordered by a court not to take illegal drugs after appearing in court in relation to a breach of his bail conditions. 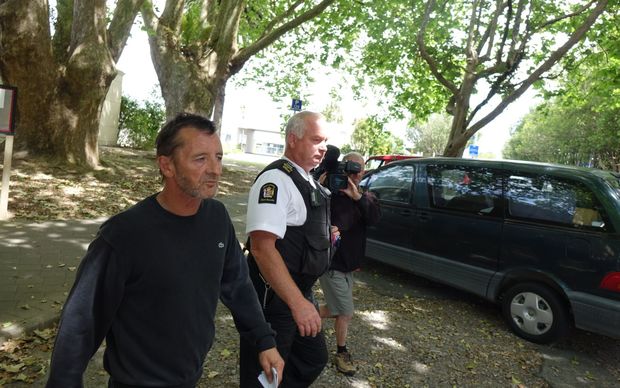 Phil Rudd leaves the Tauranga District Court after breaching his bail conditions by being in the same shop as a witness. Photo: RNZ / Natalie Mankelow

The 60-year-old appeared in the Tauranga District Court this afternoon.

Rudd is charged with threatening to kill, and possession of methamphetamine and cannabis, after a raid on his waterfront home last month. He has pleaded not guilty.

He was also charged with attempting to procure a murder but that charge was dropped because of insufficient evidence.

His bail conditions include not speaking to witnesses but the court today heard Rudd had come into contact with a witness while in a shop.

Crown lawyer Greg Hollister-Jones asked for a change to Rudd's bail conditions to include the requirement not to take illicit drugs, which he said could curb some of Rudd's erratic behaviour.

Judge Paul Geoghegan altered Rudd's conditions to include an order not to take illicit drugs.

Rudd is due to appear before court again in February 2015.