The latest monthly QV Residential Price Movement Index has found nationwide residential property values for November have increased about 5 percent during the past year - and Auckland's market continues to accelerate. 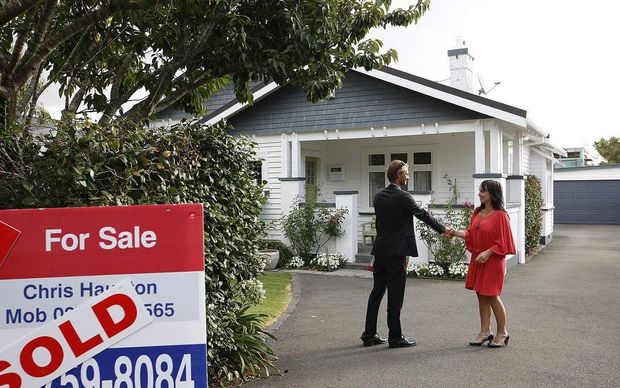 QV says there has been an influx of new listings to the real estate market. Photo: Photo NZ

The index also showed property values went up 0.7 percent during the past three months and were now 16.7 percent above the previous market peak of late 2007.

Auckland had recorded an increase of 9.3 percent year-on-year, and 3.1 percent during the past three months.

In some Auckland areas values had risen about 5 percent, with Manukau-Northwest having the biggest hike countrywide over the past three months with 5.2 percent, followed by North Shore's Onewa with 5 percent.

While Kawerau had the steepest fall in value, dropping 5.6 percent.

In the Wellington region, values were stable with a slight increase of 0.1 percent over the past three months, while in Hamilton City the increase was by 1.2 percent.

Both areas had a 3 percent year-on-year rise.

Home values in Christchurch city went up by 1 percent during the past three months and 3.7 percent year-on-year.

Values in Christchurch were now 23 percent higher than the previous peak in 2007.

QV national spokesperson Andrea Rush said there had also been an influx of new listings to the market, which was usual for this time of the year, resulting in an increased number of sales and home loan approvals.

She said research also showed loan-to-value ratio restrictions had given investors an edge, as they were now taking an increased share of house sales from first home buyers and those moving from one home to another.

"With less first home buyers and movers to compete with in the market, conditions are proving to be more favourable for investors than they were prior to October last year when the LVR restrictions were introduced," she said.

"However, this could change if the Reserve's Bank decides to bring in new rules around lending to investors who own five or more properties which it has indicated it will be reconsidering early next year."