A child health expert says advances in the battle against rheumatic fever may be jeopardised by major administration changes in the future. 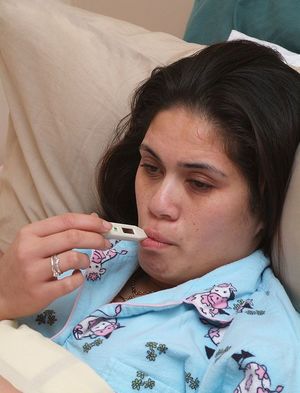 The Health Ministry said it would hand over control of rheumatic fever prevention programmes to district health boards in mid-2017.

It said the Government had committed more than $65 million to rheumatic fever between 2011 and 2017 and it was always intended that that would be seed money or pump-priming, and that the work would be devolved to DHBs with a high incidence of the disease.

But a professor of child and youth health at Auckland University, Diana Lennon, said rheumatic fever was a serious disease that cast a long shadow over lives and had economic and humane consequences.

She said the current programmes under way - including throat-swabbing in schools, rapid response clinics, and other initiatives - had been a positive and essential step in recognising what needed to be done.

Professor Lennon feared that may not be continued with the same impetus under DHBs.

"The DHBs are swamped by priorities. Their budgets are cut, they are meant to be showing that they are fiscally responsible, and children are a minority in the crowds that the DHBs are trying to look after."

Provisional data from the Ministry of Health suggests the programmes may be working, although everyone acknowledges it is too early to know and further data due in March and October next year will be conclusive. The data so far shows first-time hospital admissions nationally have dropped from a rate of 4 per 100,000 people to 3.9 per 100,000.

"We are deeply concerned that, with a small sign that this wonderful investment is having some impetus, is then going to change direction and perhaps even disappear", said Professor Lennon.

"It just doesn't make any sense and it's very scary for child health and for the future of these kids who get this disease and then will have their lives, at least some of them, cut short."

Plan for programme to go to DHBs

The rheumatic fever prevention programme leader at the Health Ministry, Chrissie Pickin, said it was always intended, in a health system like that of New Zealand, that the programme would be devolved to DHBs eventually.

"The role of DHBs is to commission and ensure that health services are there for their populations."

"A programme is usually something that has a time limit, to achieve a particular outcome. Once that outcome's achieved you don't need the programme any more, but you may need ongoing work to maintain the outcome."

Dr Pickin said DHBs and others were committed to the work, and would have to meet targets concerning it in the future. She said it was possible funding could be ring-fenced but no decisions had been made on that.

She also said the provisional data was very encouraging.

"It will be a little while longer before we start to see some of the changes in ways of working actually translating into reduced cases."

The National Hauora Collective is the lead contractor for the Mana Kidz programme that delivers rheumatic fever prevention in south Auckland.

Its clinical director David Jansen said he was not as concerned as Professor Lennon about the future, believing that the effectiveness of the work would ensure it continues.

"Everything that I can see right now is in the right direction, and ... the longer it continues the more certain we can be around the contribution that this programme is making. And so within the next 18 months we should be in a position where we can have some really good confidence around that."