The New Zealand and Australian governments are to spend more than $3 million in an attempt to develop a vaccine against rheumatic fever. 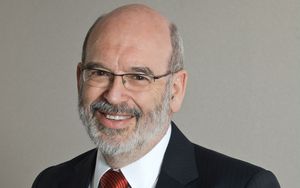 The Ministry of Health says 194 people last year were admitted to hospital for the first time with rheumatic fever.

It says the rate of the disease per 100,000 people had been just over four; it is now almost five.

The New Zealand Government's chief science adviser, Sir Peter Gluckman, said the disease poses particular problems for vaccine development because of the large number of strains and other uncertainties.

But Sir Peter said molecular science has progressed and New Zealand researchers are up to the challenge.

Dean of medical health and sciences at Auckland University said he was confident a vaccine can be produced to prevent rheumatic fever.

Professor John Fraser said the challenges will include developing a vaccine that works and is cost effective, at about $1 a dose.

"We have to provide clear evidence of the economic benefit of a vaccine, what it's going to cost to get it developed, the pathway that's required to get it to the stage of development and also provide some pre-clinical evidence that a vaccine is going to cover all of the strains that are currently existing in Australia and New Zealand and the South Pacific."

He said he hopes clinical trials with patients will be under way in two to three years' time.