The Government's environment watchdog is warning New Zealanders need to start preparing for a greater number of severe floods in coming years. 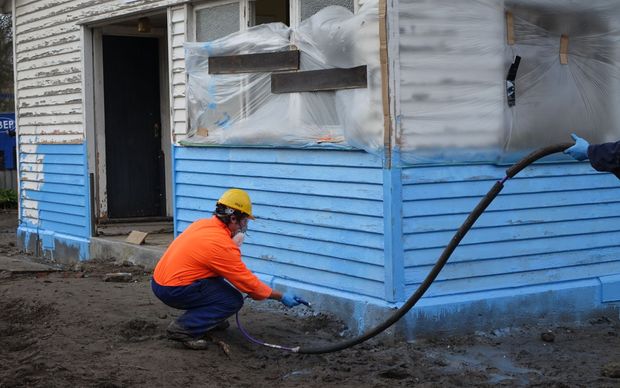 Spray-on flood protection is tested on a house in Christchurch in July 2014. Photo: RNZ / Patrick Phelps

The comments by Parliamentary Commissioner for the Environment Jan Wright appear in the first of two reports on the effects of sea level rise on New Zealand.

The first report, which looked at the science of sea level rise, found it will result in a larger number of bad weather events.

Dr Wright said New Zealanders were not as vulnerable as those who live on low-lying islands and in river deltas, but this country's beaches and built infrastructure would be affected.

Her second report, due to be released next year, was expected to show in some detail which areas of the country's coastline would be most vulnerable. 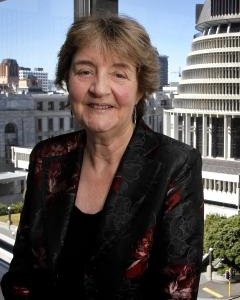 The first report states that sea levels around the world had risen about 20 centimetres since the beginning of the 20th century, and would rise another 20 to 40 centimetres by the middle of this century.

It identified greenhouse gases as the main problem, causing glaciers to melt or retreat, ice sheets to shrink and sea water to expand as it warms.

The implication was that New Zealanders should expect more severe floods in future - like those seen in January 2011 in Auckland which caused damage worth $7 million.

According to NIWA, a storm of that measure would hit every 10 years by about 2040 - and, a few decades later, every year.

The report states that Christchurch had already felt the effects, with earthquakes resulting in some land slipping by about a metre, increasing the region's vulnerability to king tides, storm surges and floods.

Councils have the obligation at the moment to manage the risk.

While the Ministry for the Environment had issued guidance to councils on how to prepare, it said local councils were best placed to know what was right for their region.

Dr Wright said some councils had started their planning, with a focus on coastal flooding, impacts on groundwater, and erosion.

Local Government New Zealand and the Insurance Council have said they want more direction from the Government.

He also warned that if events such as flooding became a frequent occurance rather than a risk, some companies may no longer offer cover.