A physicist who discovered why mercury is liquid at room temperature has won New Zealand's most prestigious science award, the Rutherford Medal. 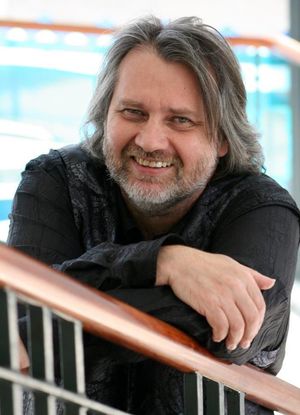 After 20 years of work, Professor Schwerdfeger last year confirmed that mercury is liquid at room temperature because of the effect of Einstein's theory of relativity. The electrons close to the nucleus are heavier because they are moving at speeds comparable to the speed of light.

He'd suspected it for some time - but had a hard time convincing others and journals wouldn't publish his findings.

"In 1989, I published a paper about relativity and its affect on gold. It was rejected by a major publication, with one referee saying they didn't believe the results and their must be an error with the calculations.

"Another referee said it shouldn't be published anywhere. It was devastating at the time - but I didn't give up."

Professor Schwerdfeger said winning the Rutherford medal was a great honour as, like Rutherford, he is a mathematician, physicist and chemist.

"I really admire Rutherford, he was an outstanding scientist. I grew up with his books".

The third physicist to win the Rutherford Medal since its inception in 1991, Professor Schwerdfeger said he was putting the $100,000 prize money towards his $105,000 mortgage.

Professor Guilford discovered the stomach cancer gene in the late 1990s after a family which had a number of members dying from it approached him to ask if genetics were to blame. He found it was, and they now know of 17 families in New Zealand, and 350 worldwide that carry the gene. He has since developed a urine test to detect bladder cancer.

The medal is for his genetics work on honeybees and how he communicates his discoveries with industry and the public. Earlier this year, he found that there was enough genetic variation in New Zealand's commercial hives to maintain healthy populations in light of the varroa mite decimating feral hives.

Professor Gunn says he was a little embarrassed to win a medal, as his initial thinking that eventually led to his discovery was completely wrong. He thought warming babies who show brain injuries immediately after birth may help them. But after two attempts on sheep, he realised it was the complete opposite - cooling them does. His cold water helmet, which is strapped onto babies for three days, has in the past two years become standard care for babies around the world with brain injuries.

The medal recognises his contribution to the development of environmental science in New Zealand as a science leader.

Professor Malpas developed and commercialised implantable wireless sensors that can monitor physiological processes such as heart activity or lung function in the body.

Professor Higham's work focuses on understanding social change in Southeast Asia over three thousand years, including what ultimately led to the rise of the Angkor state in Thailand.

Professor Boyd is the leading scholar on Lolita author Vladimir Nabokov. He has also written on a range of authors from Homer to Shakespeare.

Professor Wevers is a literary critic, historian, editor and reviewer. Her work has focused on New Zealand's writing and print culture. She has also edited and collated collections of Australasian literature, has served on numerous arts bodies.

Professor Vere-Jones career has been dedicated to statistics. He is most well known though for his work on forecasting earthquakes and quake risk.

Professor Conder was honoured for his contributions to mathematics. His main interest is in group theory and its applications, especially to the study of symmetry. He is considered a world authority on discrete objects with maximum possible symmetry in their class.

Professor Jones' medal is for the impact she's had on educational relationships between Maori and Pakeha, and women's education at tertiary level.

Professor Gane's medal is for his work on an improved treatment for hepatitis C.