A wearable computer, a robot helping children with cerebral palsy, and a study on government spying are just some of the projects that have won Marsden funding this year.

101 science teams from across the country are to receive support from the almost $56 million available in grants from prestigious The Marsden Fund.

There were over 1200 applications for support - the highest recorded in the fund's 20-year history.

By now everyone has heard of Google Glass - the glasses that allow you to check the weather, takes photos, and use the internet while perched on your nose. 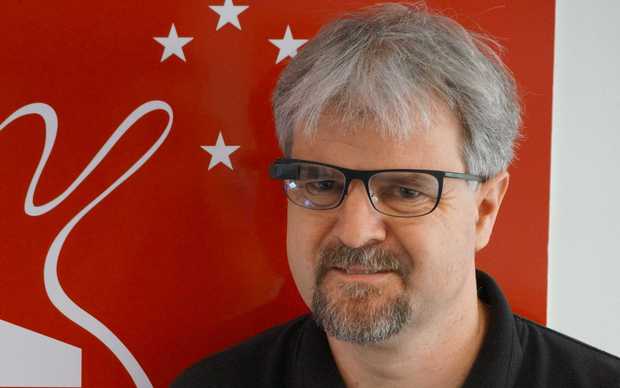 Professor Mark Billinghurst wearing a prototype of the glasses he hopes to develop. Photo: SUPPLIED

But imagine if it could pre-empt what you were thinking or feeling? Professor Mark Billinghurst from the University of Canterbury's HIT Lab is hoping to do just that, together with psychologist Dr Deak Helton.

They want the glasses to know not to send you an email while driving, and to provide a map to you when it senses you are lost.

Prototypes will be developed based on existing wearable hardware (such as Google Glass) and software such as the Java language and Android operating system.

The aim is to develop systems that use their hybrid model and can be tested in real-world situations, leading to wearable interfaces that are less distracting and can enhance human productivity.

Professor Billinghurst described how it may work.

Have you ever wondered how the government spied on citizens back in 1907?

Historian Richard Hill has. The Victoria University Professor has been granted funding to look back over a 100-year period to analyse the surveillance of citizens.

New Zealand is the only member of the so-called Five Eyes group (Australia, Canada, the United Kingdom, the United States and New Zealand) which does not have a detailed and reported history of spying.

Richard Hill is hoping the government will get on board with his project.

Approximately 1 in 500 New Zealand babies are born with cerebral palsy - a debilitating condition commonly known to cause stiffening muscles.

Botox and physical therapy are currently the only forms of treatment. But Auckland University's Dr Andrew McDaid is hoping to change that. He is building robots that can attach to a child's wrist to administer the physical therapy. 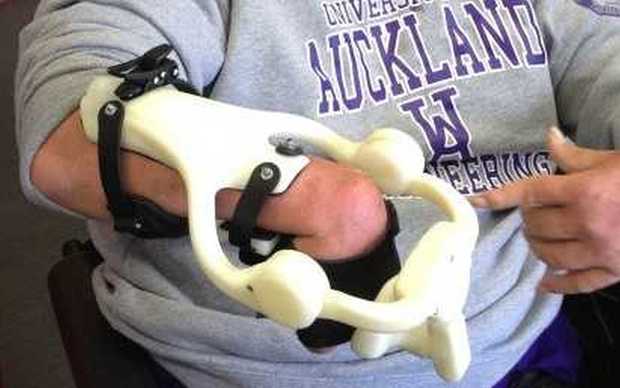 The wrist robot undergoing clinical testing at the University of Auckland. Photo: SUPPLIED

He wants to see how it will work alongside botox, and has high hopes that it could become a major player in physical therapy treatment.

Dr McDaid explained just how it would work.

Google is sending up balloons into the sky above Tekapo to provide internet in remote places.

Dr Greg Bodeker saw that as an opportunity to check out weather systems 15km to 50km above the earth.

He is getting the locational data from Google, and modelling that to see the effects of temperature and wind on our climate system.

Dr Bodeker outlined the details of the project.