New housing activity in Auckland has exceeded the first year goals of the Government's Housing Accord, although the accord itself has made little impact on the targets.

The annual monitoring report said more than 11,000 new homes or vacant sections had been consented, compared with the 9000 targeted in the accord.

Most activity occurred outside the scope of the accord, which created 80 areas for fast-tracked housing developments to tackle a housing shortage.

Only about 500 of the consents were within those Special Housing Areas, but a pipeline of projects was expected to make a bigger impact next year.

Housing consents have jumped 30 percent in Auckland, reaching 7300 over the past year, with a further 5500 sections created. 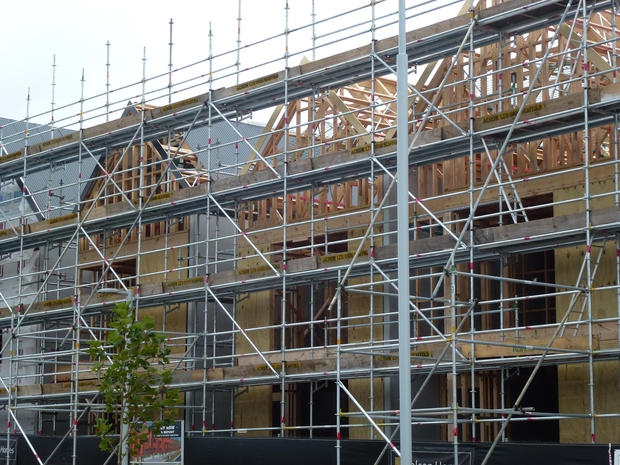 A building partially completed in the suburb of Hobsonville. Photo: SUPPLIED